A Day of Celestial Equality: the Vernal Equinox 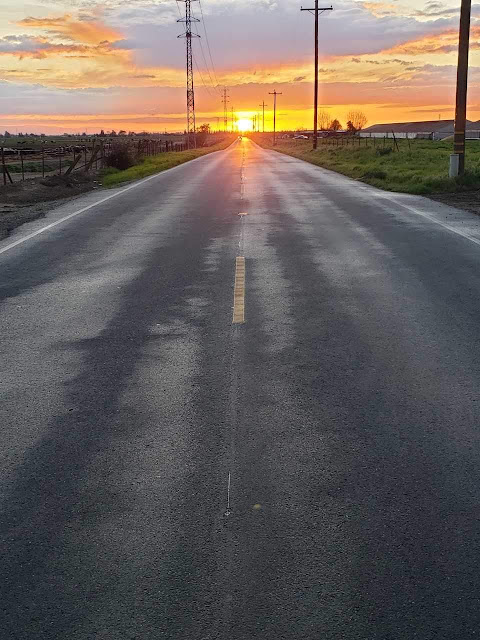 The Earth has survived another winter and today we entered into the season of spring. I had a fortuitous moment, driving home on an east-west road (Claribel in Stanislaus County) at the moment the sun met with the horizon. In that moment, everyone on the planet who was looking saw the sun set in a due west direction. The day was just over 12 hours long, roughly equal to the hours of night.

We are currently about 93 million miles away from the sun at this point, but our orbit is currently carrying us a little bit farther away. By July 4, we'll be about 94.5 million miles away, the aphelion. We are the closest to the sun, about 91.4 million miles, on January 3. That day is the perihelion. If that relationship seems counterintuitive, it's because the seasons having nothing to do with our distance from the sun. It is the 23.5 degree tilt of the Earth's axis in relation to the sun.
The pole of rotation always points to the same place in the cosmos, near the North Star, but at different times of the year, the journey about the sun finds the northern hemisphere tilting towards the sun (summer), or away from the sun (winter). In spring and fall, the northern and southern hemispheres are equally lit by the sun. The seasons are opposite in the southern hemisphere. 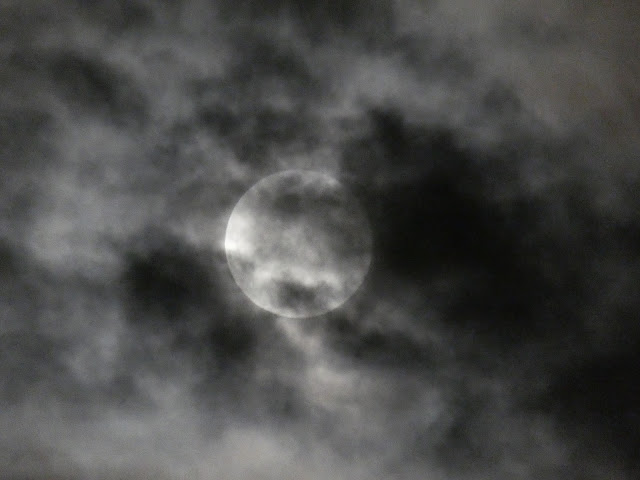 The day was distinguished by a second celestial event, a full "supermoon", the first time the two happened in the same day in nearly two decades. It won't happen again until 2030. There's nothing mysterious about a supermoon, it's just a time when the moon's elliptical orbit brings it closer to the Earth so that it appears 14% larger and 30% brighter. It's called the Worm Moon because this is the time of year when worms begin emerging from the ground as the days grow longer. We had a stormy day so our view of the moon was wreathed in clouds tonight.

I hope you will enjoy our coming journey away from the sun!