It's a River Again! Winter on the Tuolumne

All in all, it's been a good year (so far). One can judge the quality of a year on the basis of many things, and in this instance I'm talking about water. So much of the time, my part of California is at an extreme in one direction or another. Last year it was a drought up until some late storms in March that salvaged the water year. The year previous was one of floods and threatened floods, unlike anything seen in twenty years, but at least it filled the state's reservoirs after an astounding five-year drought. This year finds us in the sweet spot, kind of in-between, but a bit above average. 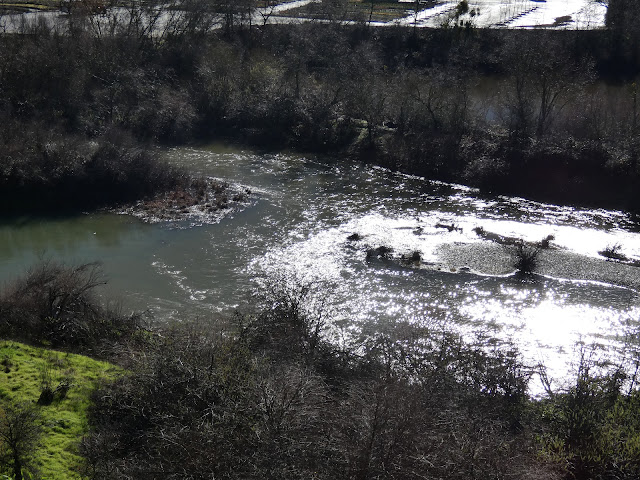 The rainy season started a bit slowly, just enough to make one worry a little bit about drought. No storms in September. A single small storm in October. But then in late November the pace picked up with just over 3 inches in my rain gauge, and December added more than 2 inches. The same with January, nearly 3 inches, and now February has already produced 2.5 inches with more storms coming this week. Of course my backyard is not the measure of water conditions in the state. The news reports are full of stories on the incredible snowpack that has built up in the Sierra Nevada in the last few weeks, with single storms producing six feet of snow or more. 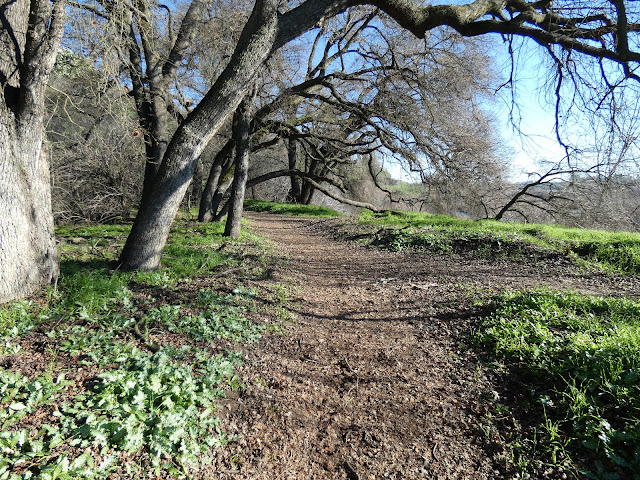 The critical Sierra Nevada snowpack sits at between 109% and 135% of normal (measuring from north to south), with a statewide average of 123%. If no more snow fell, our season would end at 84% of normal. It's a comfortable place to be. 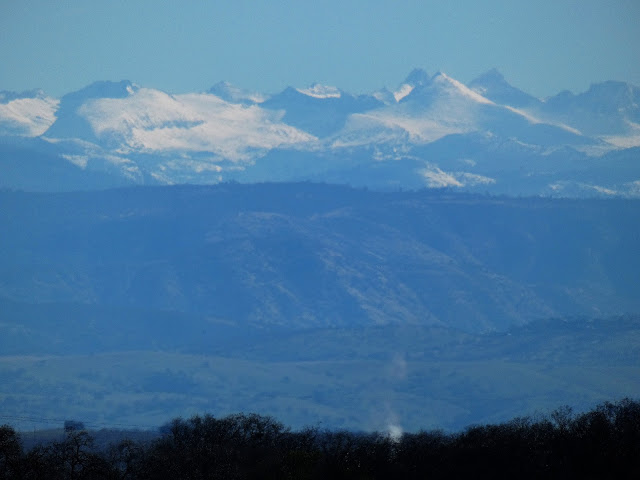 But no water planner is ever comfortable. With so much snow in the mountains, the reservoir water masters always have to worry about the possibility of a big atmospheric river storm, the kind that combines the extreme low pressure of an Arctic storm with a stream of extremely humid air out of the tropics. Like the one that could happen this week. In a worst case scenario, such a storm could cause rain at high elevations, melting much of the snowpack and raising the specter of flooding downstream.

And that is why the Tuolumne River came alive this week. For many months, the river has remained at an unnaturally low flow of about 200 cubic feet per second, a minimal amount. There are large reservoirs upstream, especially Hetch Hetchy and Don Pedro, and the operative mode is to save as much water as possible. During the recent storms, inflow to Don Pedro reached as high as 8,000 cubic feet per second, but outflow remained at 200 cfs. 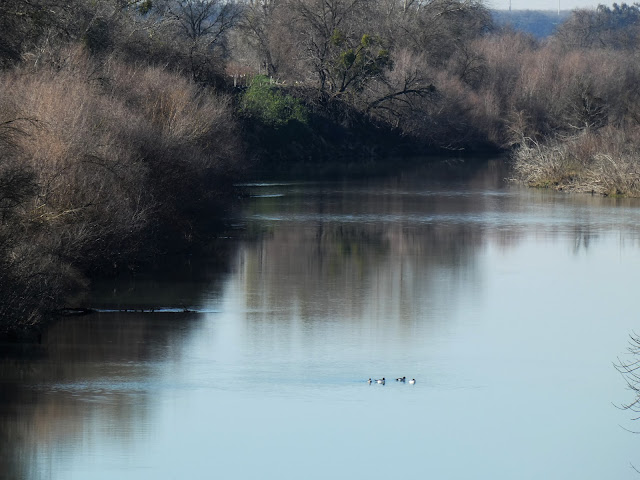 Last week the river was dramatically higher, flowing at 2,000 cubic feet per second. The water masters are clearing out some storage space in Don Pedro in case of a flood emergency. It looks like they intend to go as high as 3,500 cfs in the next few days. Certainly not a flood (it would have to reach 9,000 cubic feet per second for that), but enough to clear the channel of invasive water hyacinth, and enough to make one feel the river is closer to a natural seasonal condition. 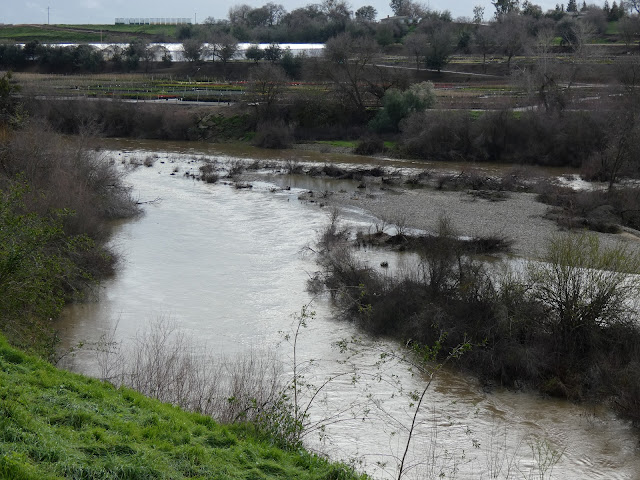 It's a nice time of year to walk the Tuolumne.
Posted by Garry Hayes at 10:30 AM

Who is the recipient of the increased output? Is it paid for by farmers?

Once the water reaches this part of the river, it flows into the Sacramento Delta and then out to sea through the Golden Gate. The irrigation districts (Turlock and Modesto) take the water out at La Grange Reservoir just downstream of Don Pedro Dam. This additional flow is to the benefit of the riparian habitat the few times a year that it happens.