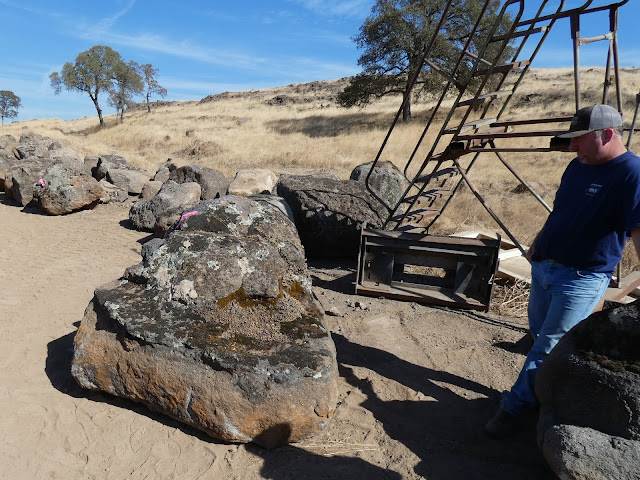 I'm thinking how many times I've been on a field trip looking at a massive boulder composed of some kind of interesting rock and making a joke about how we would need a crane to get the thing back to school. I'll be darned if that very thing didn't come true today. 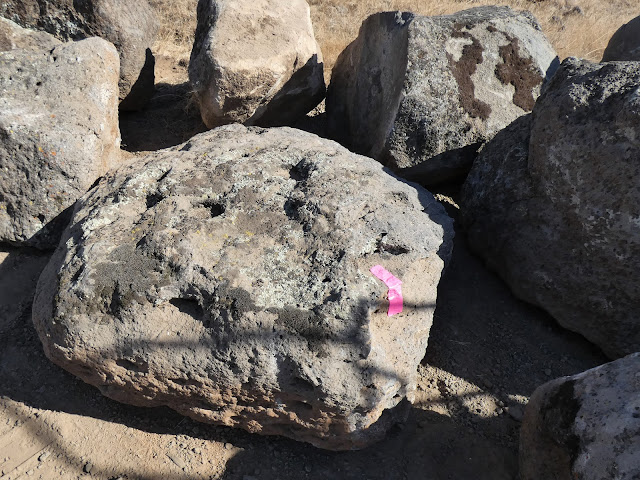 I was up in the Sierra Nevada foothills, choosing out some really big rocks, and we may very well be using a crane to move them back to campus. At least one of them weighs about 3 1/2 tons, and in total there will be about 60 tons of them. So yes, maybe my rock collecting habit has gotten out of hand. I need professional help. 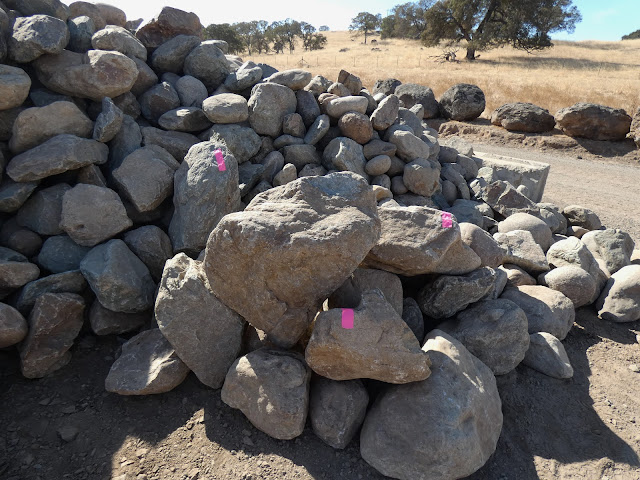 Well, I might need professional help for something, but it's not for a colossal rock-collecting habit. I was selecting rocks representative of the geology of the Sierra Nevada foothills to become part of the landscaping of our new Great Valley Outdoor Nature Lab that is being constructed right now adjacent to the Great Valley Museum at Modesto Junior College. 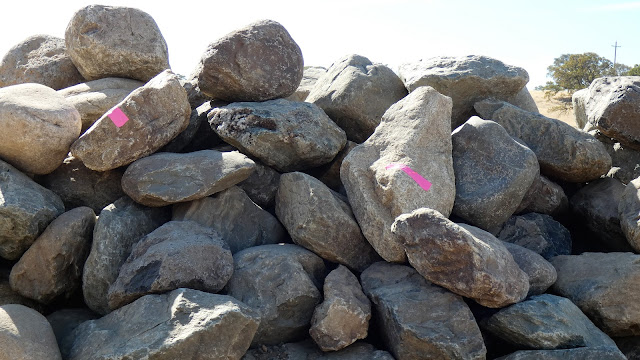 At this particular quarry near Knight's Ferry on the Stanislaus River I was selecting boulders of Table Mountain latite (a volcanic rock broadly similar to basalt). These are the rocks that make up the dramatic inverted stream that winds its way among the towns of Sonora and Jamestown along Highway 108. I was also picking out some large granite and greenstone boulders to representing the bedrock found in the Sierra Nevada. We'll also be choosing some of the unique metamorphic "tombstone" rocks that stick out of the ground across the Mother Lode. 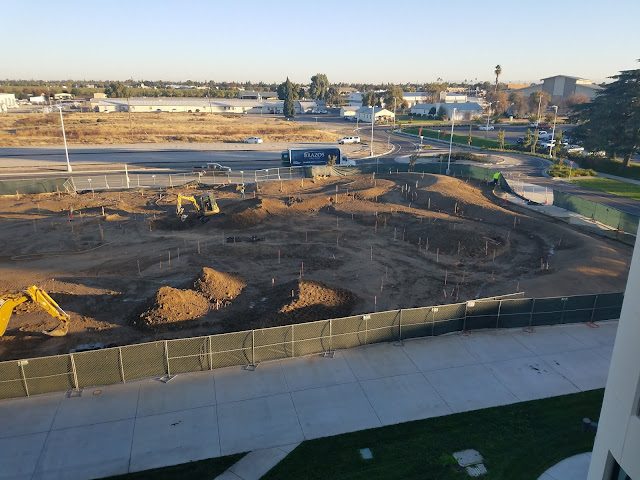 Meanwhile back on the campus of Modesto Junior College the outdoor nature lab is starting to take shape. We live in a flat valley, but the lab will have some topography, some small hills at the east end to represent the foothills. They will be planted with native trees and shrubs, and the trails and pathways will be lined with the rocks and boulders that we selected today. One of these days, the lab might look something like the scene below (which is actually at the quarry; they're showcasing what can be done with their rocks). It's incredible that the lab is finally happening. The science faculty at MJC have been fighting for an outdoor lab for three decades. It's been hard to be patient! 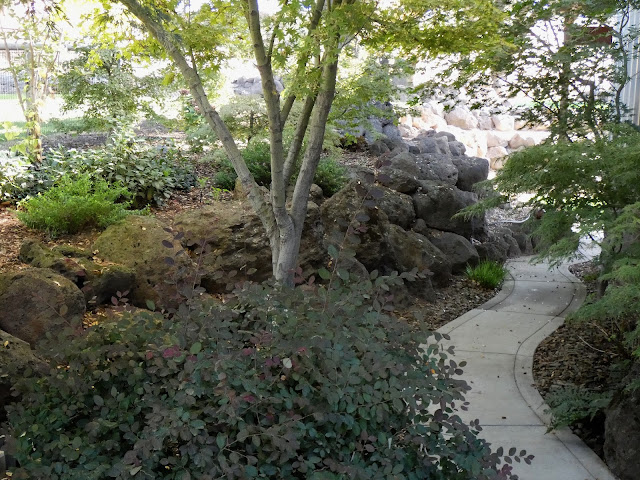