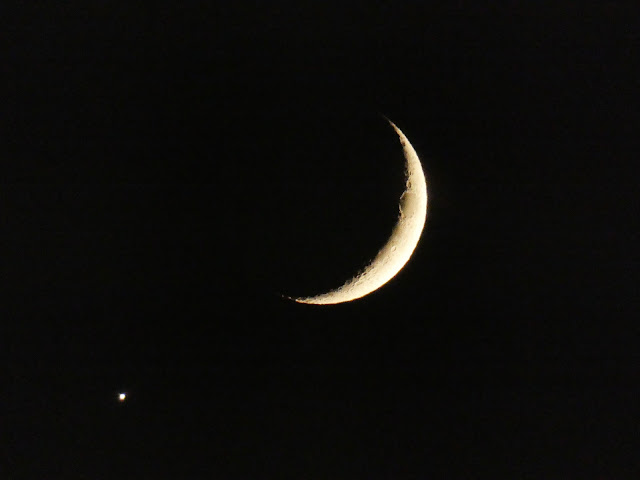 There was quite the spectacle in the heavens tonight, the conjunction of Inanna and Theia's child. Obviously some explanation is needed here since most people refer to these heavenly bodies as the planet Venus and the Moon. Inanna was the Sumerian name for the brightest planet, and they may have been the first people to surmise that the Morning Star and the Evening Star were the same object. The goddess they worshipped morphed into Ishtar and influenced the idea of Aphrodite. Venus was the Roman version of the deity. 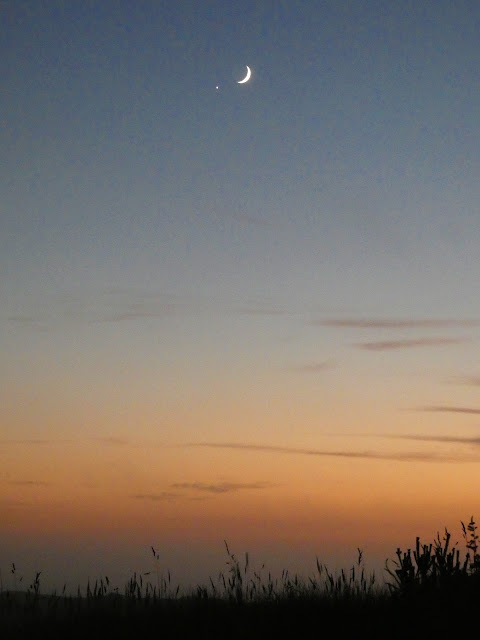 Theia refers to the Mars-sized planetoid that collided with Earth early in her history that resulted in the formation of the Moon. The event probably took place about 4.51 billion years ago, very shortly after the formation of Earth itself. The hypothesis explains many of the odd chemical characteristics shared by the Moon and the Earth.

In any case it was a beautiful sight tonight in the western sky shortly after sunset. I took pictures over a period of about 45 minutes and the relative position of the two celestial bodies was noticeably different.
Posted by Garry Hayes at 10:32 PM