Liveblogging the Deluge: Before and Almost After

There is no doubt that this has been a unique year for the rivers of California, one that could very well not be repeated in many of our lifetimes. A year ago we were in the grips of the worst drought ever recorded, five years running, and then the rains began. And continued. Month after month, one atmospheric river storm after another took aim at California like an out-of-control fire hose. The snowpack reached levels not seen in generations, in some places reaching 200% of normal.

And then things got scary. Oroville Dam came uncomfortably close to failure, requiring the evacuation of 200,000 people downstream for a period of time. Don Pedro Dam on the Tuolumne River was not in danger of failure but it came within inches of overflowing uncontrollably, and the emergency floodgates were opened for only the second time in history (the first being in 1997). On January 4, operators at the dam ramped up flows of the river to 10,000-12,000 cubic feet per second (for a day or two, flows reached 16,000 cfs), putting it in a state of official flooding, and the water flows did not begin to recede until only a few days ago. I checked out the river a week back, and the river was down to 6,000 cfs. Today it was 3,520 cfs, and after five months of constant inundation, the floodplain was at long last reemerging. For perspective's sake, the average flow of the river during much of the drought was around 200-500 cubic feet per second.
The snowmelt has not actually slowed down, actually. The inflow into Don Pedro Reservoir has remained constantly above 12,000 cfs for much of the last month, but apparently the dam operators are feeling confidant that they can fill the dam without overflowing, and have allowed the lake level to rise slowly from 798 feet to 815 feet (it would be full at 830 feet). This is the delicate dance they must do to maintain flood protection while preserving as much water in storage as possible for irrigation and domestic use downstream.
I've been wondering ever since the floodplain was inundated how the channel of the river would be affected by the ongoing deluge. At such high flow velocity, cobbles and gravel have surely been redistributed across the floodplain. It is not yet clear whether the river will find a new channel, but I would not be surprised if that happens. I can see new sandbars that may be blocking old channels in a few places. I wondered if the slough at the base of the metal stairway on my river trail would become a new channel, but it's looking like it will not, but it may be longer than it once was. 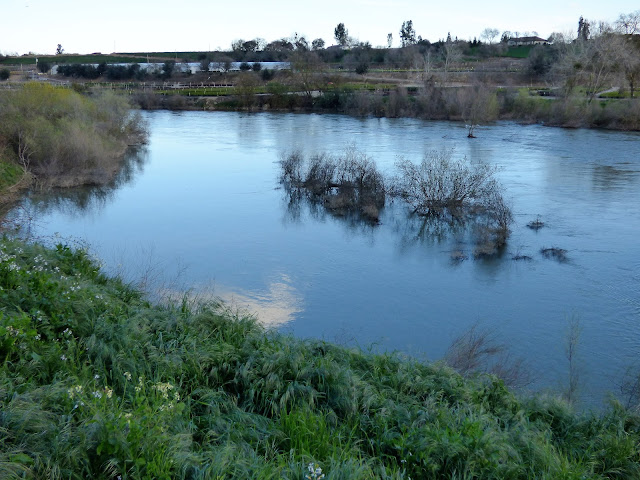 The most apparent change will be in the riparian vegetation. There had been a great deal of growth on the floodplain since the last inundation in 1997, and much of that vegetation has been swept away. Whole mature trees are gone, and entire willow thickets. A bit of good news in that regard is the complete absence of river hyacinth. The invasive plant was well established on the upper Tuolumne, but all sign of it has been swept away in the torrent. I hope the same has happened downstream at the confluence with the San Joaquin and in the delta. The hyacinth has choked channels and blocked out native plants and wildlife. Maybe this event will be a reset, and some form of control can be achieved. 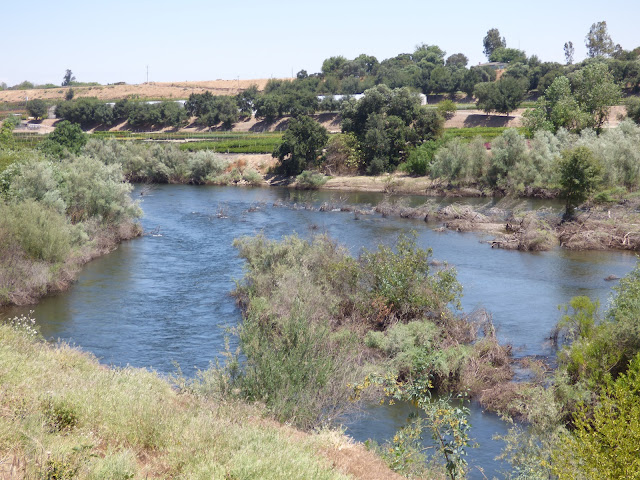 The other changes to consider are the animals. The floodplain was a rich habitat for all manner of mammals, reptiles, amphibians, fish, and creepy crawlers. Many have been displaced for months, and their former homes will be highly altered or gone. There will be large tracts of barren gravel. I'll be watching for their return. 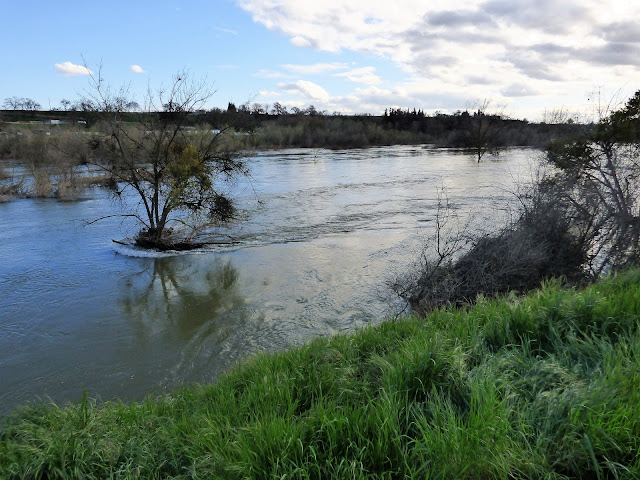 The floodplain of the Tuolumne was not a natural river before the flood. Gold mining, dredging, and quarrying had already severely damaged the riparian environment, and altered the natural channel. There were few of the gravel bars needed by the salmon and other native fishes to spawn. I am hopeful that the flood will have made some positive changes.

The deluge is not yet over. There is still a huge amount of snow in the high country, and flows will no doubt remain high for weeks or months to come. The full extent of the changes to the floodplain will not be apparent for some time. I'll be there to report when they are! 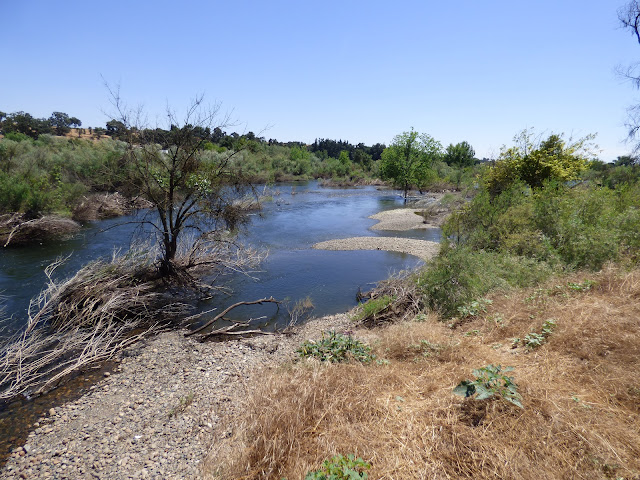