The Hawai'i That Was: History and Beauty at Ke'e Beach and the Na Pali Coast. 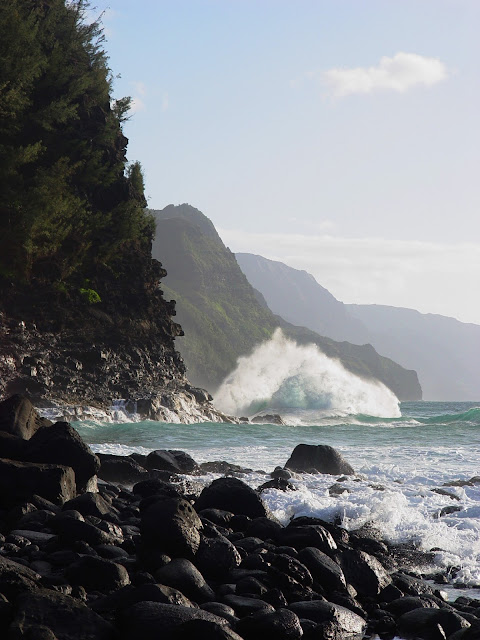 It's taken me awhile to get back to my Hawai'i series, but I'm intent on finishing the project. The main reason to finish is that apart from actual flowing lava (on the Big Island), Kaua'i is my favorite place to visit in the Hawaiian Islands. As my regular readers know, I'm all about geology, but especially if it is in incredibly beautiful places. And Kaua'i is a beautiful place. I'm willing to call it the most beautiful island on the planet, but that would be a bit presumptuous, as I have been on but a dozen islands in my life. It has to be on some top ten lists, though. 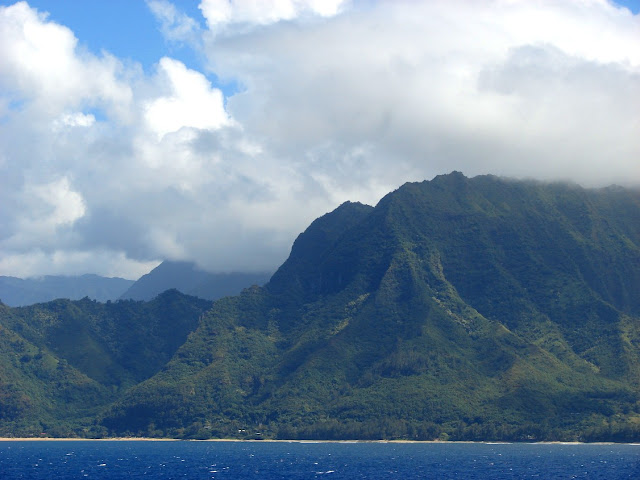 Kaua'i is a bit unique when compared to the other Hawaiian Islands. Unlike the Big Island, or Maui Nui, the multiple islands that were once a single landmass (Molokai, Lanai, Maui and Kahoʻolawe). Kaua'i stands alone as essentially a single volcano (although it could be thought of as a volcano on top of a volcano; more on that later). It's the oldest of the main Hawaiian Islands, at around five million years. The shape of the island has been altered by gigantic landslides, but maintains a circular aspect. Roads do not encircle the island for some very good reasons (to be discussed later on). Only a handful of roads approach the interior of the island, also for good reasons.

Kaua'i was also the last of the islands to be brought into the unified kingdom under Kamehameha. He twice tried to invade, but his war canoes were stopped by a storm on one occasion, and illness (probably European in origin) stopped the other. The king of the island finally joined Kamehameha without bloodshed in 1810. The island has a different vibe than the others. 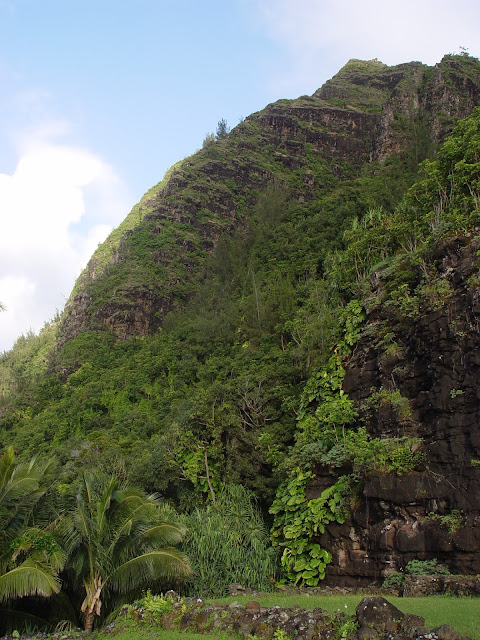 We'll start our tour at the end of the road, and work our way around the island in a clockwise direction. We visited some of these places during our recent field course, but others we visited in previous years. The pictures in today's post, Ke'e Beach, date from a visit in 2006. 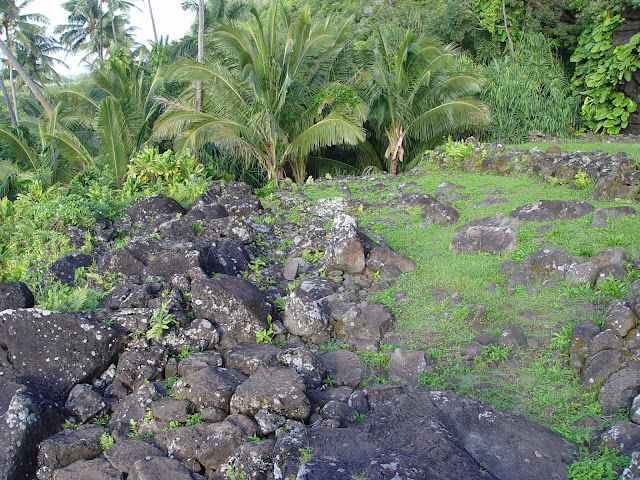 Ke'e Beach is at the end of state route 560 on the north end of the island. It is clear in the first picture why the road could continue no farther. The vertical Na Pali cliffs present impossible engineering problems, and really, why spoil every beautiful coastline with a road? A trail winds in and among the cliffs, and is apparently a world-class journey on foot. There is a protected cove and coral reef that allows beach recreation which is very popular (we intended to stop there in June, but parking was impossible the day we visited).

The day I was there a decade ago, I knew far less about the island than I do now, so I wandered off the beach looking for the Na Pali Trail, and got slightly lost in the jungle. I stumbled onto a grassy flat rimmed with carefully placed stones. I did not find out until later that I had found the remains of the heiaus of Kaulu Paoa and Kaulu-o-Laka. They are the ruins of a hula school that was in use for upwards of 1,000 years. 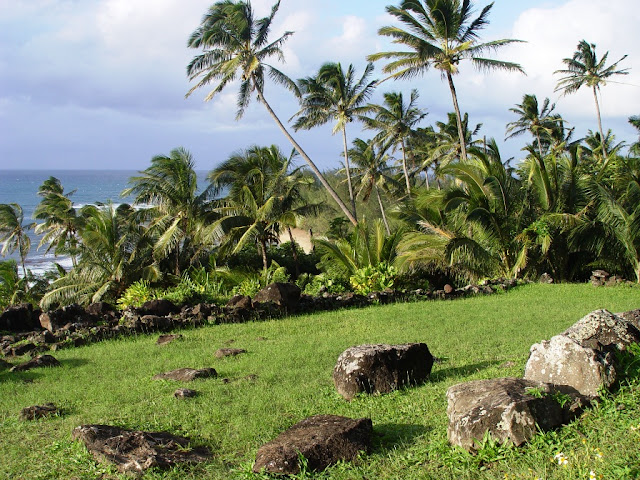 Hula, of course, is not a dance just to be enjoyed at tourist luaus. Hula and the chants that go with the ancient form of the dance are the cultural expression of the Hawaiian people, and are deeply religious rituals as well. I was on sacred ground, and at the time didn't realize it. I could see the spot was ancient, and did nothing that I would have been ashamed of later (moving or picking up rocks, for instance). Still, I've realized there is a an important imperative for learning all you can about a culture that is new to you prior to your arrival. Tourists can truly be a disrespectful group of people, and I didn't like (in retrospect) being one of the ignorant ones. 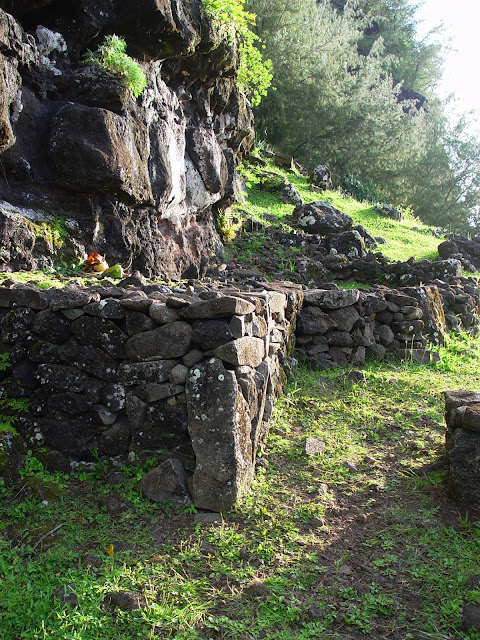 There is a rich history in the Hawaiian Islands. To visit this enchanting place and to only shop and sit on the beach is a lost opportunity. To truly appreciate the islands is to learn what remains of the natural history of the islands, and the stories of its people.
Posted by Garry Hayes at 9:29 PM