Driving Through the Most Dangerous Plate Boundary in the World: A Gentle Landscape Belies a Fiery Past 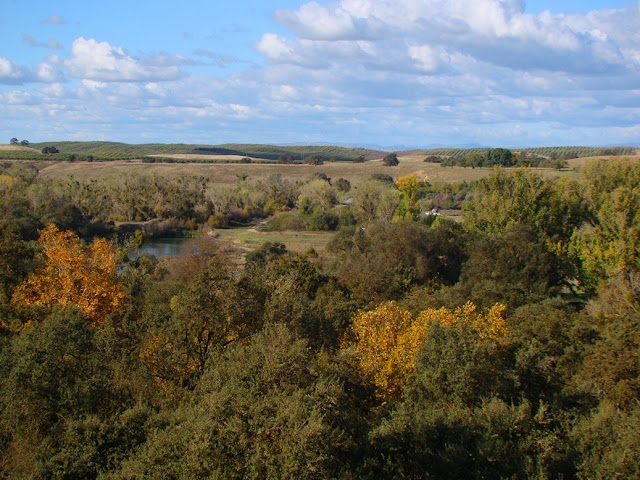 As we leave the Great Valley behind on our journey through the most dangerous plate boundary in the world, we finally enter the world of the Sierra Nevada. Many may think of Yosemite Valley or Lake Tahoe when the Sierras are mentioned, but the mountains rise modestly from the west side. The transition from the flat Great Valley to the gentle rolling terrain of the Sierra Nevada is not always obvious. Because most of my Sierra journeys begin there, we'll start in the central part of the range, the drainages of the Tuolumne, Merced, and Stanislaus Rivers. The picture below is the new bridge over the Tuolumne River near Old Basso Bridge upstream of Turlock Lake State Recreational Area. 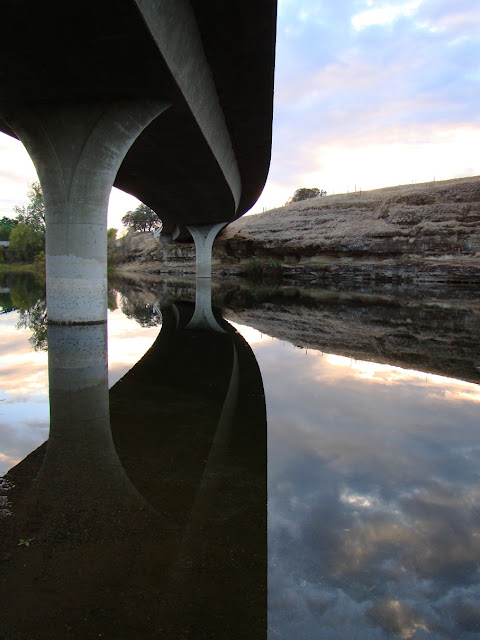 This quiet gentle landscape belies a violent past in several ways. The initial rock outcrops along the rivers look sedimentary, given that they are layered and are composed of gravel, sand and silt, but the origin of some of these rocks was in fire. They are volcanic. Secondly, the lowermost rock layer found here contained gold, and miners ripped into these rocks with a ferocity that would humble today's heavy equipment operators. Thirdly, the rocks underlying these sediments record the intense deformation related to terrane collisions in an earlier time, when the Ancestral Sierra Nevada was forming.

The Sierra Nevada begins as prairie, or near the rivers, forests of cottonwood, sycamore, oak and the occasional Gray Pine. It's dry country, a far cry from the cool pine forests and alpine peaks that people usually associate with the Sierra Nevada. One can choose to follow the high-speed roads like Highway 108 out of Oakdale, or Highway 140 out of Merced, but I suggest some of the quieter avenues, like Lake Road or Highway 132. There are ranch roads that provide an even more serene journey through the foothills. The picture below is from Warnerville and Willms Roads east of Oakdale. 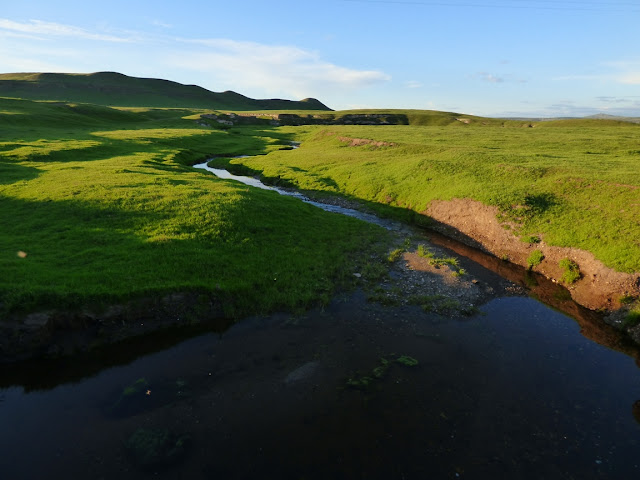 The basal sedimentary rock is called the Ione formation. The gravels, sands and clays of the Ione were deposited in a distinctly different environment than we see today. The sand was deposited along a beach strand, the clays (and associated low-grade coal deposits) in coastal estuaries and swamps, while the gravels settled in large rivers flowing into the coastal delta complex. Fossils in the Ione indicate tropical conditions. The Sierra of 40-50 million years ago was a coastal jungle, not unlike the coast of the Yucatan Peninsula of Mexico today! 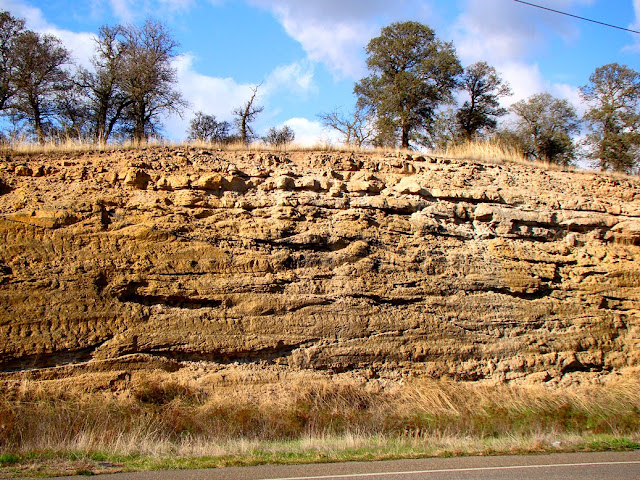 Things changed around 25 million years ago. The climate cooled, the sea retreated to the west, and intense rhyolite eruptions began from calderas off to the east, near the present-day Sierra Crest, and farther away in central Nevada. These eruptions produced not lava, but volcanic ash, the pulverized remains of rock that exploded rather than flowed. These eruptions are the most violent known, killing all life over hundreds or thousands of square miles. The Sierra Nevada, a mountain range that had been laid low by erosion, was stirring again. The mountains were about to rise again... 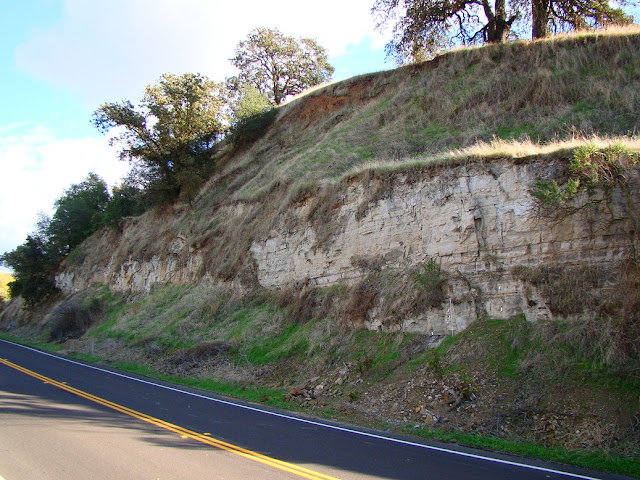 I just love this stuff. Look at something you could take for granted, and then explore and examine it. Then it gets interesting.