Viewing Half Dome from the Great Valley 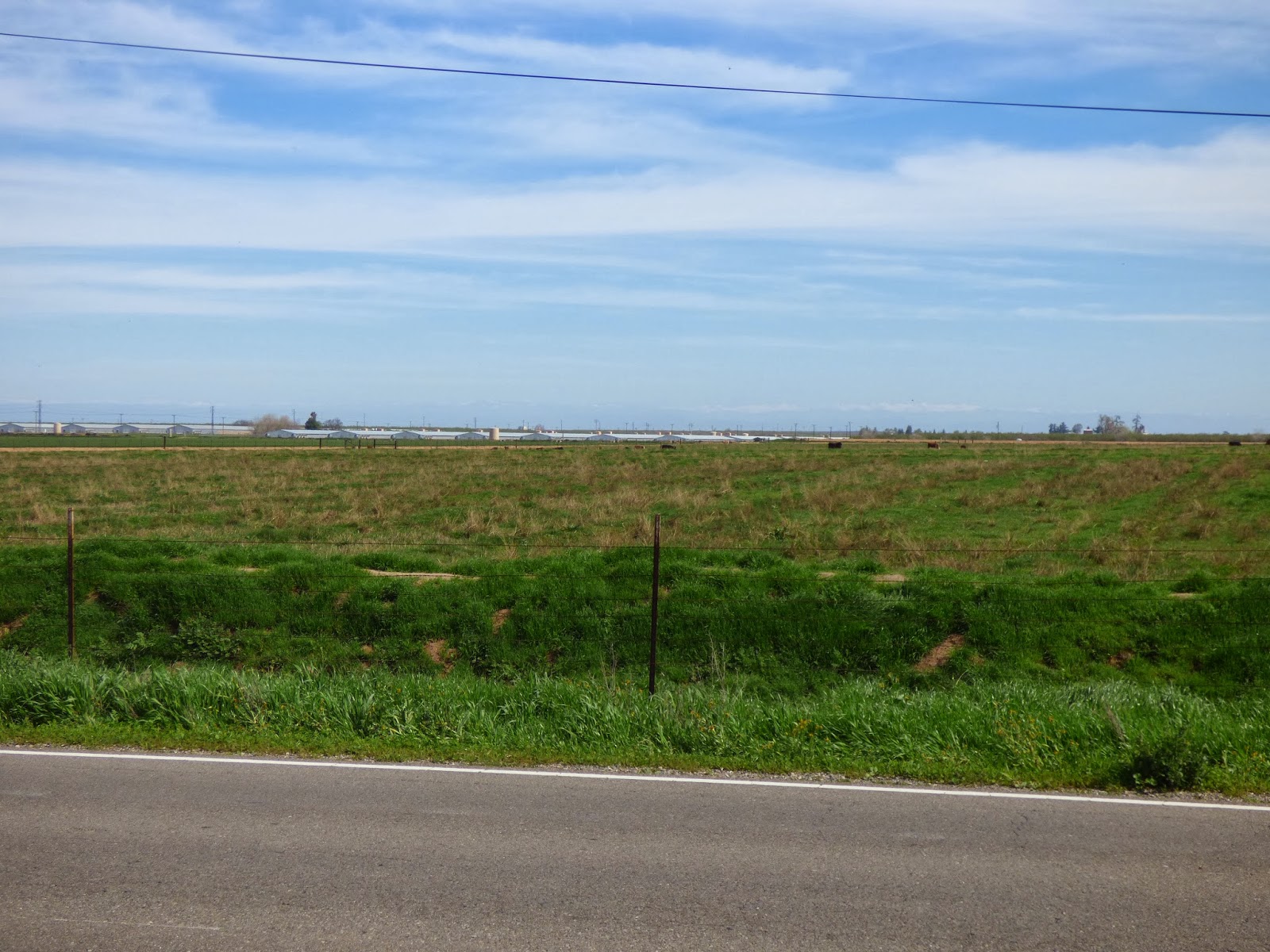 Once or twice a year the air clears in the Great Valley. Our valley as great as it is, is a closed basin. The Sierra Nevada and Coast Ranges make it hard for air pollution and dust to move out of the region, and as such the cities of the San Joaquin Valley (south of Stocton) often appear on the top ten "most polluted air" lists. On those few clear days, my eyes drift east towards the Sierra Nevada, and if I am on the way to Turlock, I stop on Hickman Road just south of the Keyes Road intersection and see if Half Dome is visible. For the last two days, it's been visible.

It's not easy to see. Half Dome towers over Yosemite Valley by about 4,000 feet, but the orientation of Yosemite Valley and even the curvature of the Earth make it a challenge unless one knows exactly what to look for. The intervening foothills block the view from most directions. It is only a narrow part of the valley that is framed by the Merced River canyon allows the dome to be seen. In the establishment shot above, nothing is visible. One has to go to the zoom. 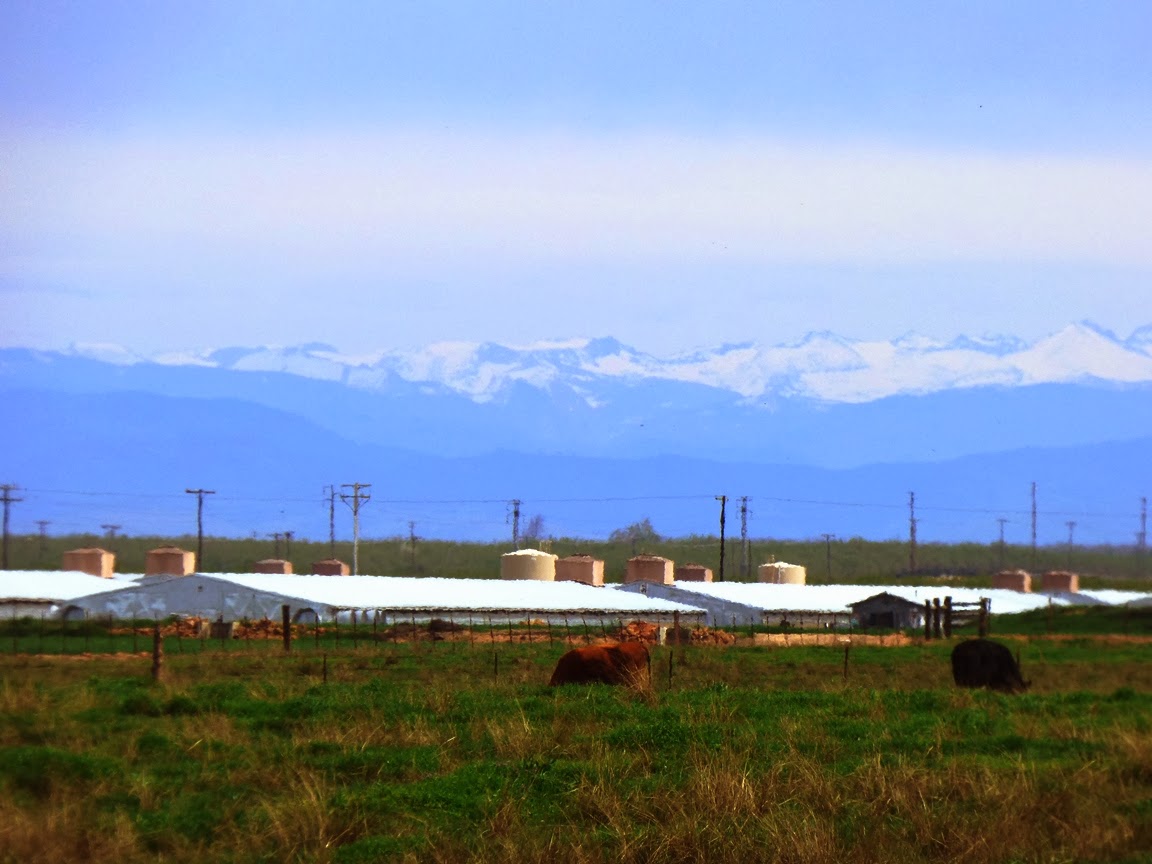 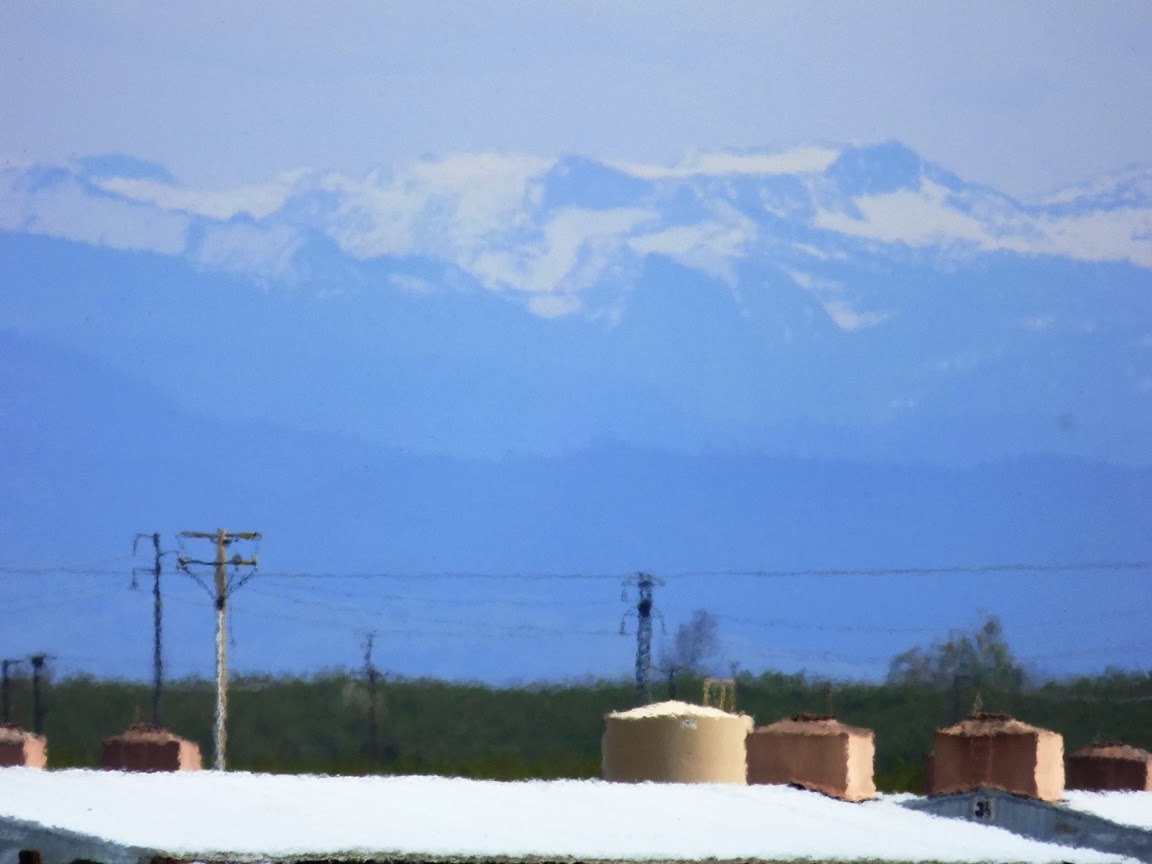 Zooming in a bit more, the outline of the dome with just a bit of snow on top becomes visible (just a bit right of center. If you haven't seen it yet, I drew in the outlines below. 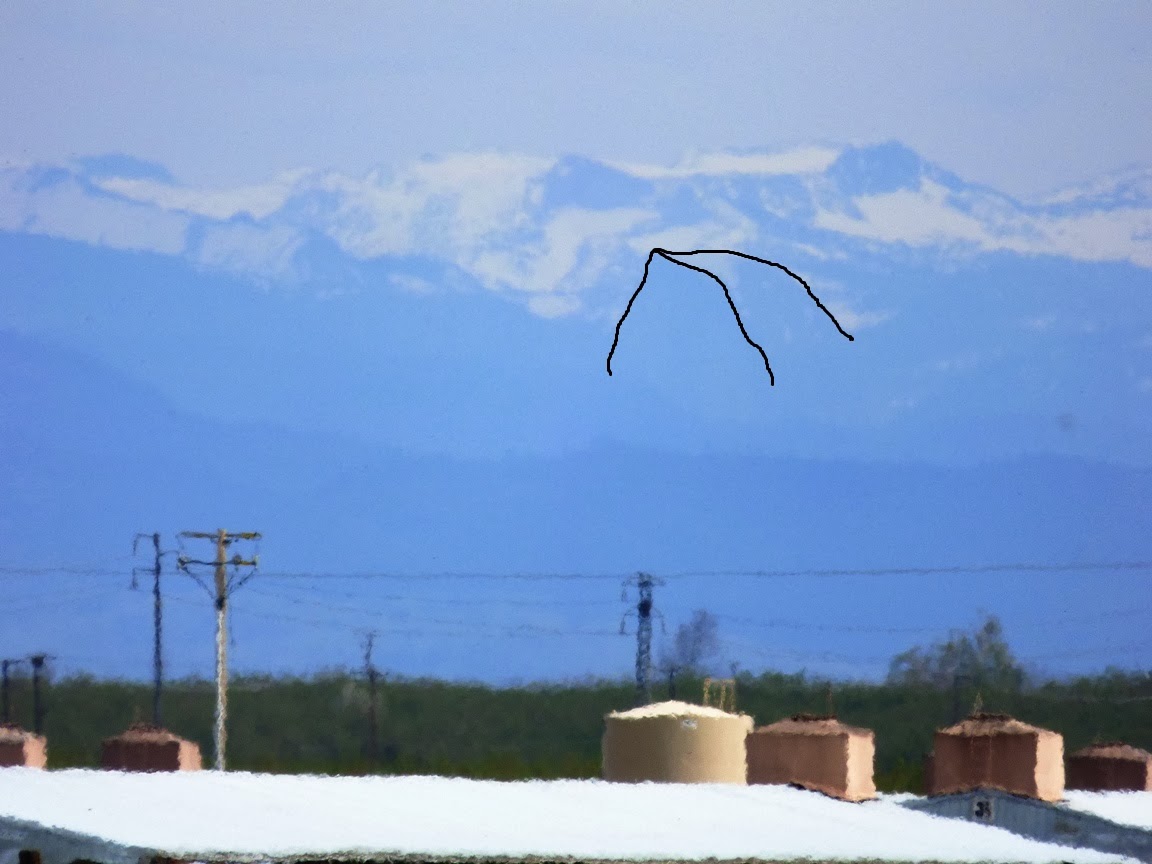 It isn't the clearest of shots. I got a clearer shot a few years ago (look below). Even at that, the issue of visibility from the valley has been an occasional tempest in a teapot, with a few folks arguing that such a view was impossible, and that someone had been photoshopping. Great idea, but beyond my skills! 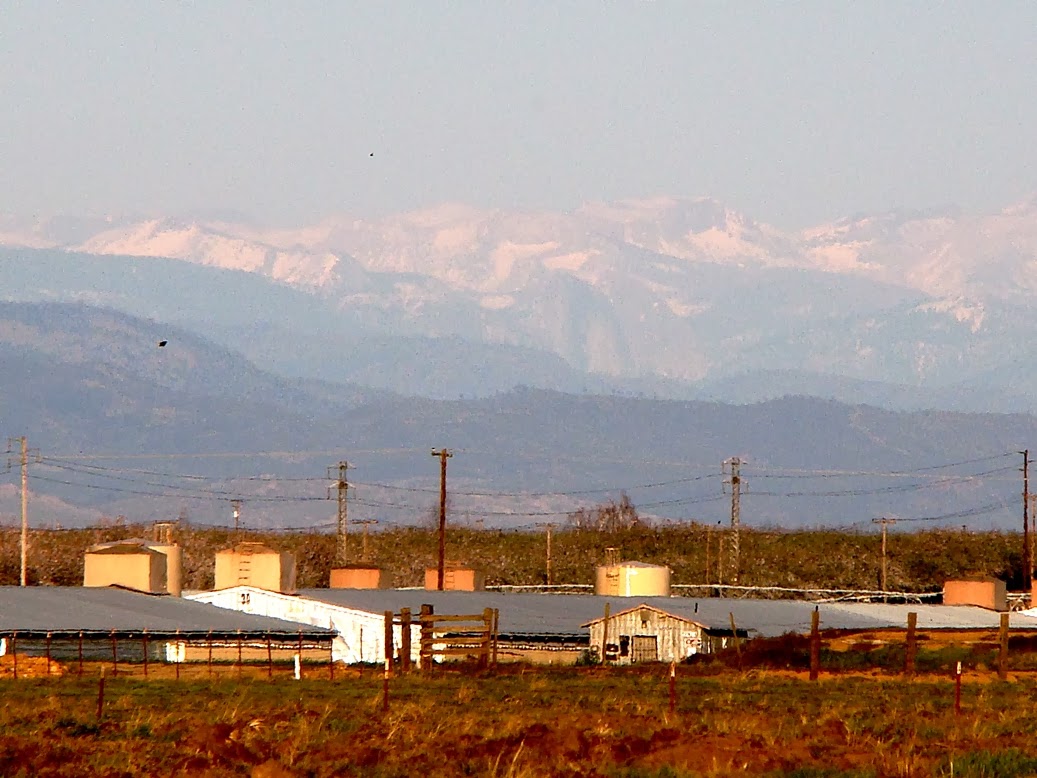 UPDATE (3/10):Went to Turlock today after a half inch of rain overnight. The pictures I took today show more convincing details, including the top of El Capitan. See below: 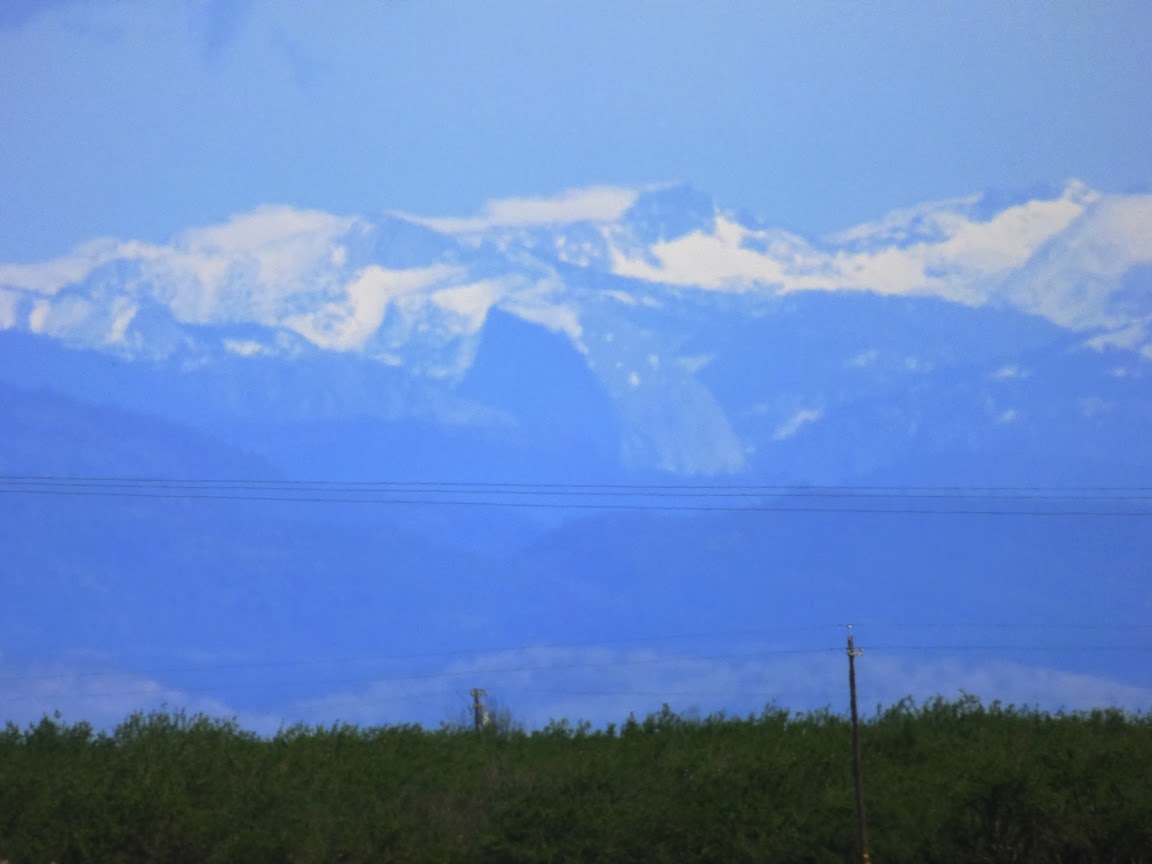 And here is the annotated version with the top of El Capitan added. 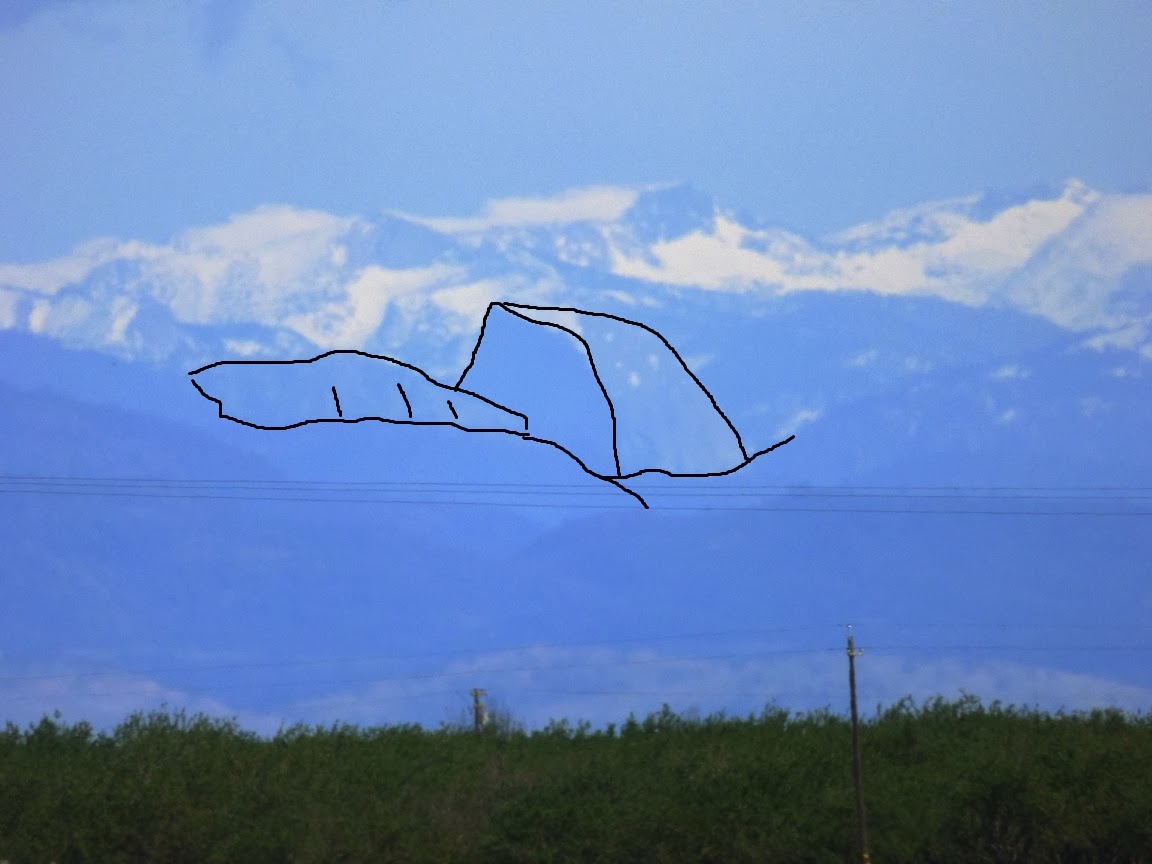 Labels: Great Valley, Half Dome, Half Dome from the Central Valley

Thanks so much for sharing! I can remember days when we could see the sierras and the coast range; we used to have a lot of them...