The Other Snowstorm in California Right Now, and a Water Problem of a Different Kind 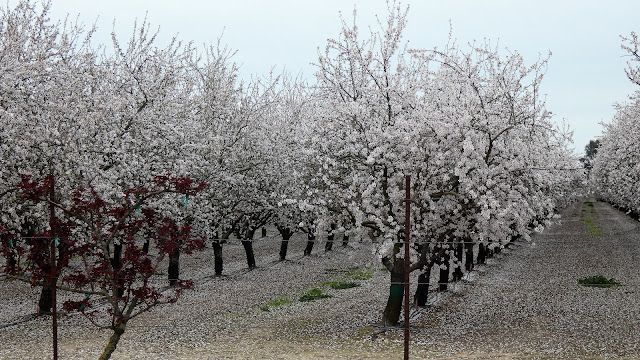 The Sierra Nevada and Cascades are buried under record amounts of snow right now, but that's not the only "snow" falling in the state just now. More than a million acres of the state are covered in a blizzard of flower petals from blooming almond trees. The vast blanket of snow is a measure of the health of the water supply in California, but in a way, so is the blizzard of almond blossoms.

Almonds have become one of the leading cash crops in the state of California, which produces around 80% of the world supply. When world prices for almonds jumped a few years ago, agribusiness responded by putting in hundreds of thousands of acres of almond orchards, sometimes replacing other kinds of crops, and sometimes breaking new ground in less productive soils around the margins of the Great Valley. 25 years ago 400,000 acres were planted in almonds. Today it's 1.3 million acres, about 2,000 square miles. The problem is that almonds require a lot of water, around three to four feet per year. The new orchards in my county, several tens of thousands of acres, are getting their water from underground aquifers. The water they are tapping into will not be easy to replace. 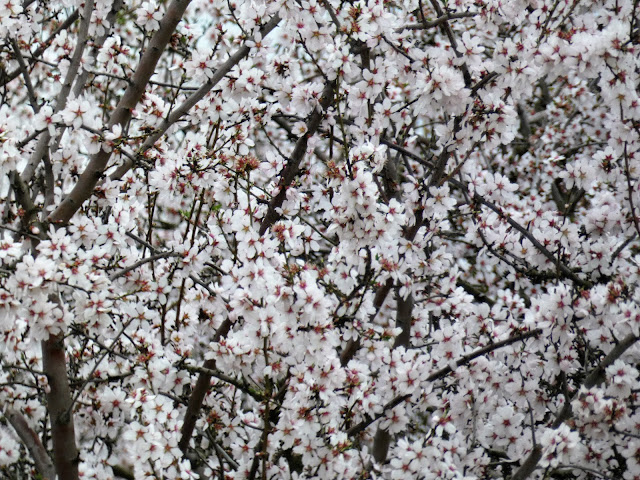 I'm not sure we've adequately considered the conflicts of water use and almond expansion. People were paying a lot of attention during California's crippling drought of a few years ago, but those voices have quieted after a few wet years. The thing is, the trees in an orchard must have a fixed amount of water. One can't let a field lie fallow if water is in short supply like one can do with annual crops. The vast increase in almond orchards is adding to the "structural drought" in California, a situation in which even years of "normal" precipitation don't provide enough water to meet the minimum needs. Increasing temperatures related to global climate change will exacerbate the problem as we roll into the future. But as always, money talks.

Unfortunately, I don't see a good end to the haphazard and poorly planned expansion of almond orchards into the prairies of the Sierra Nevada foothills. The blooming trees that look so beautiful today may be abandoned snags before too long. The water is an intractable problem that will not be solved by the building of new dams. There aren't many good places left to put them, and there has to be enough precipitation to fill the dams and that's not assured in our changing climate. 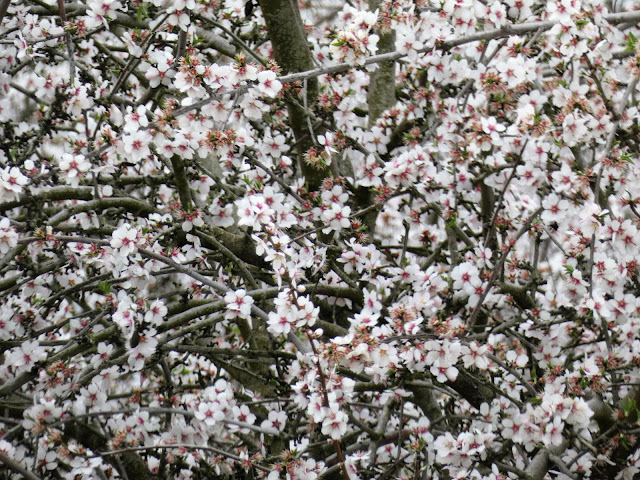 But those trees are really beautiful right now!

POSTSCRIPT: I went up into the foothills today to do some birding and got some pictures of the almond groves covering many hillsides. It's shocking to me that the trees are planted in straight rows that have furrows leading downslope. It's an open invitation for very serious soil erosion, a lesson I thought we learned in the Dustbowl years. 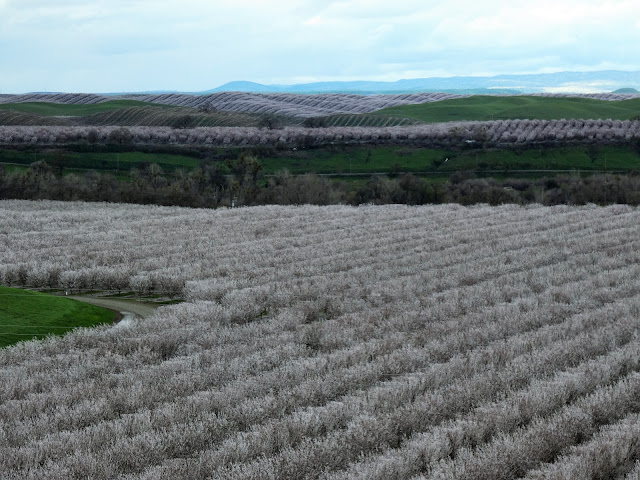 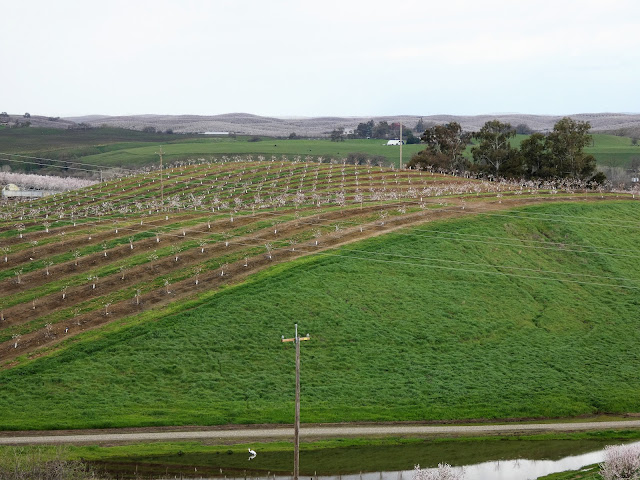