In the Red HIlls Area of Critical Environmental Concern, a Promise of Spring (and a rare fish)

It has a clumsy name that only a bureaucrat could love, but the Red Hills Area of Critical Environmental Concern is a fascinating place in the Sierra Nevada Mother Lode. It was for decades a sullied hidden treasure, used for dumping and target shooting. But as biologists and geologists started to study the region, they found a unique biological island in the normally oak-studded woodlands of the Mother Lode. 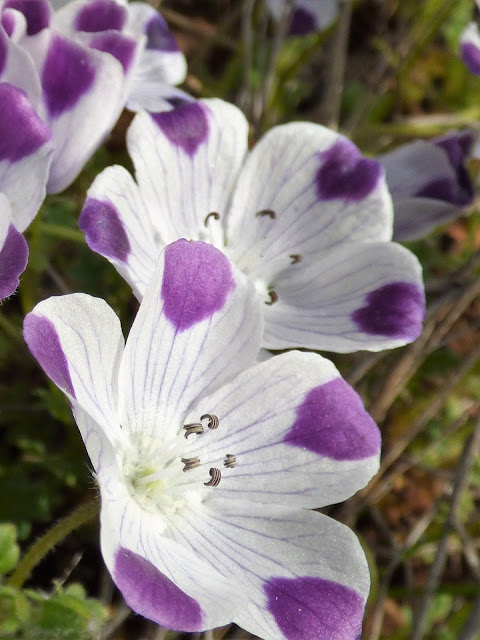 The uniqueness of the area was tied to the underlying soil, developed on the serpentine and ultramafic rocks of the Foothills Terrane, slices of the ocean crust and rocks from deep in the Earth's mantle that had been added to the western edge of North America some 200 million years ago. Serpentine soils lack many of the nutrients required by "normal" plants like grass and oak, but are loaded with metals that are actually poisonous to plants as well. Plants that survive in this strange other-worldly land have to be tolerant of this harsh chemical environment.  Some of them are very rare, and a few are endemic, found nowhere else in the world. Because of the prevalence of iron, the soils are usually a deep reddish brown, giving the hills their name.

The delineation is sharp. When one turns off of LaGrange Road onto Red Hills Road one sees oak woodlands and open fields thick with grass. But only about a mile in, the oak and grass suddenly give way to Ceanothus shrubs and Gray Pine. Grass is almost nonexistent, with various flower species making up the ground cover. Much of the year the ground cover is dead and dry, but for a few weeks in the spring, the hills burst into color, and there is a spectacular show of wildflowers, dominated by Monkey-flowers and Poppies. 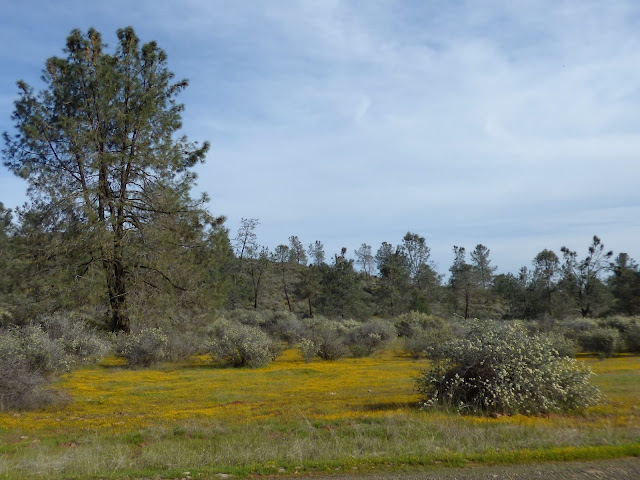 February was an incredibly dry month, no doubt delaying the onset of the spring flower show, but the heavy rains of March have left the soils wet, and sprouts are popping up everywhere. We were there today to look things over, and we could see that land is about to burst forth in another week or two. 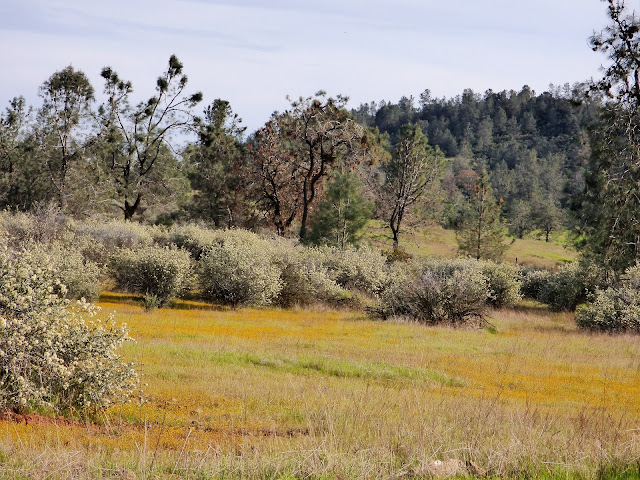 I wandered over to the creek to see if the fish were around. The Red Hills host a rare and endangered subspecies of the California Roach, the Red Hills Roach (Lavinia symmetricus). The fish were for a short time thought to be extinct when the extended drought dried up the intermittent creeks that they called home. But a few spring-fed pools persisted during the driest times, and the fish are doing okay. 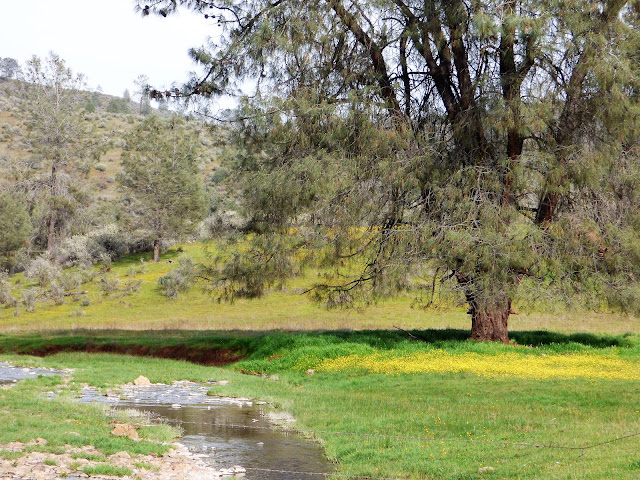 They were in a frenzy of feeding or breeding, or just doing some heavy partying when I found them. I caught some video below. All in all, life is returning in the foothills during these brief weeks before the hot dry times come again all too soon.