What do Bears Do in the Redwood Forest? They Eat Apples... 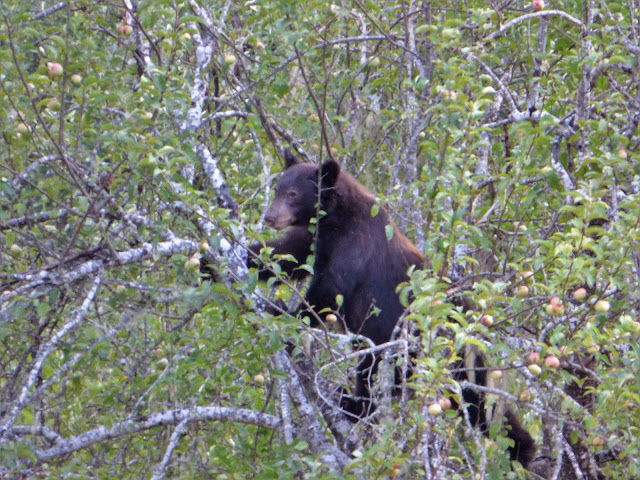 California is the only state whose state designated mammal is extinct. The last California Grizzly Bear died in the 1920s. But we do have bears, but they just aren't quite as terrifying as an angry Grizzly. The only bears native to California today are the Black Bears, a species found all across North America. Those in the east tend to actually be black in color, but out west there tends to be more variation, from black to almost blond. 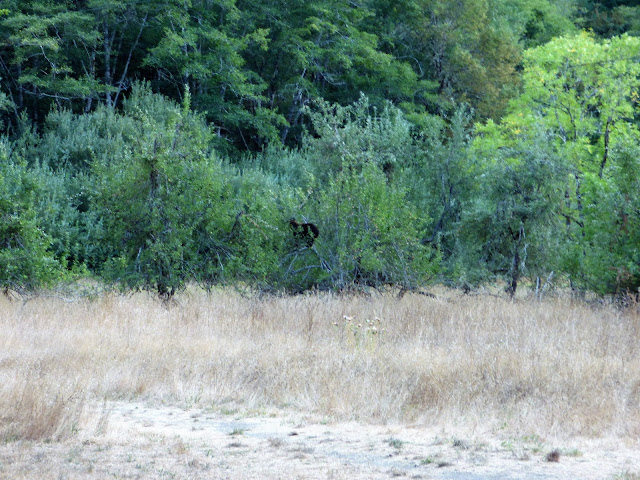 It's usually terrifying for people to see a bear for the first time when they are out camping or hiking, but California bears are fairly benign. They got kind of a fearsome reputation as car destroyers in Yosemite Valley, but an intense effort by rangers to train tourists has largely brought the problem under control. The bears are certainly a nuisance in some environments where natural food is scarce (especially during the recent drought). But my understanding is that Black Bears haven't killed anyone in California in a century, although I'm always open to correction (I've heard of one or two deaths in Wyoming or Montana). We unfortunately kill bears instead, either on purpose or by accident. If you are driving in Yosemite National Park and see a temporary sign that says "Speeding kills bears", it means that a bear died at that spot. 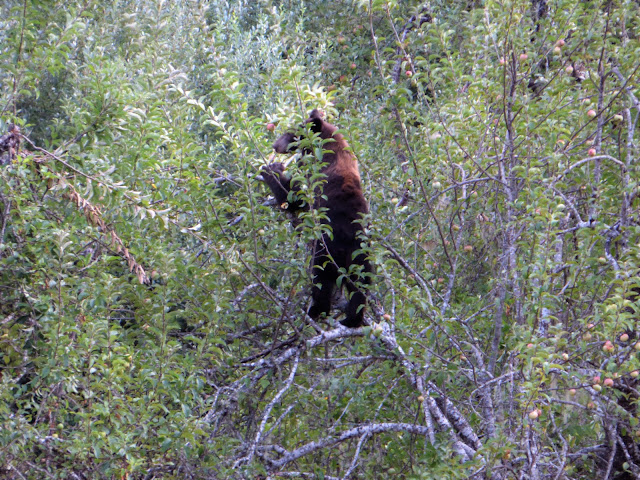 I'm out on my last journey of the summer, headed towards Oregon hoping to see the eclipse, and we spent a few nights camping at Albee Creek in Humboldt Redwoods State Park. It's a nice campground, too small for large RVs, and off the main highway. It's next to a meadow that was a homestead a century ago, and a large apple orchard still survives. The bears not too surprisingly love apples, and actually ignored the campground in favor of a few tasty treats from the apple trees. They've already stripped away the low-hanging fruit, so getting some required climbing into the trees. Most of the campers weren't even aware that there was a bear only a few hundred feet from their campsite. It was a pleasant way to spend the evening, watching bears be bears.

Love it! Great share of a happy bear =^D