Why I Always Have a Camera: Our Campus Gray Fox 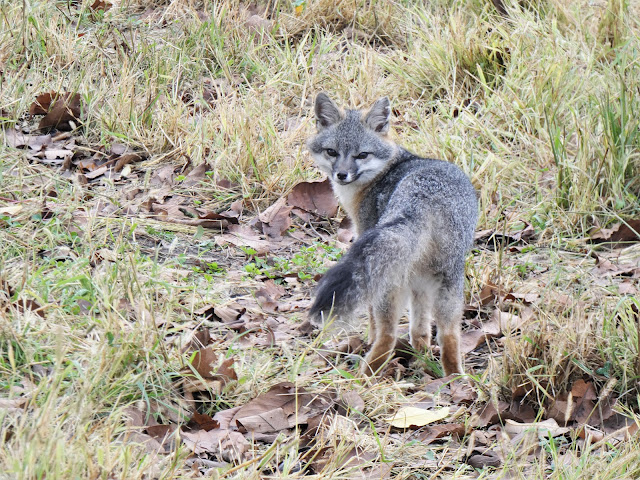 There is a reason I have a camera every time I go walking. I might not see something interesting every time I head outside, but when something interesting appears, I want to have a camera handy. Today I almost broke my own rule. I'm usually looking for bird species, and the day was dismal and gray, poor conditions for getting any kind of decent pictures. But on a whim I changed my usual route, and went north to check out the second sheep compound. 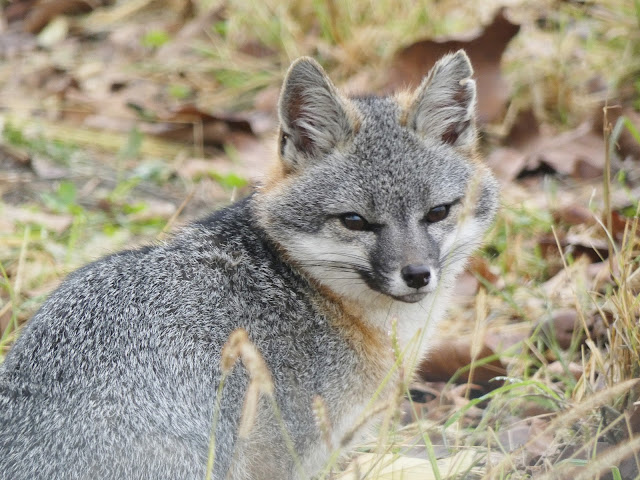 I first saw it hidden partly behind a fence, and all I could see were some ears and a gray-colored body that reminded me of a Great Horned Owl. But when it didn't retreat, I could see that it was a Gray Fox (Urocyon cinereoargenteus). I was thrilled! The Gray Fox is native to our region, and the more commonly seen Red Foxes are not. These may be the best pictures I've ever captured of the fox. 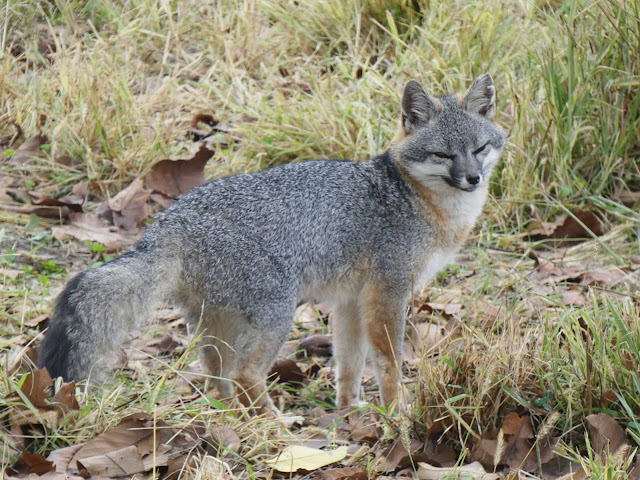 The Gray Fox is found all over North America, and has been part of the ecosystem for at least the last 3-4 million years. There are a large number of regional subspecies, and a closely related species, the Island Fox, found on the Channel Islands off the coast of the state. The development of agriculture in the Great Valley of Central California destroyed 95% of the original habitat for the foxes and the many other native species. Gray Foxes are adaptable, though, and have often done well in the vicinity of human habitations. There is a richness of rodents in the vicinity of our agricultural developments on campus that provide the foxes with a secure food supply. I've seen them on numerous occasions, but they rare stick around long enough for pictures. Today was a lucky day... 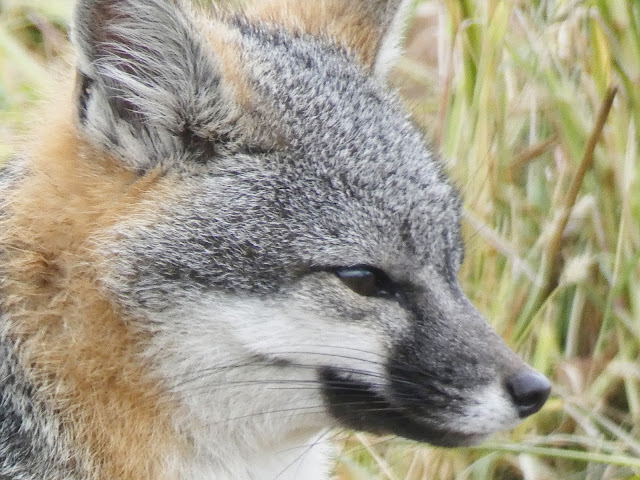 I still see what appears to be fox scat around our building...including up on the second floor walkways...