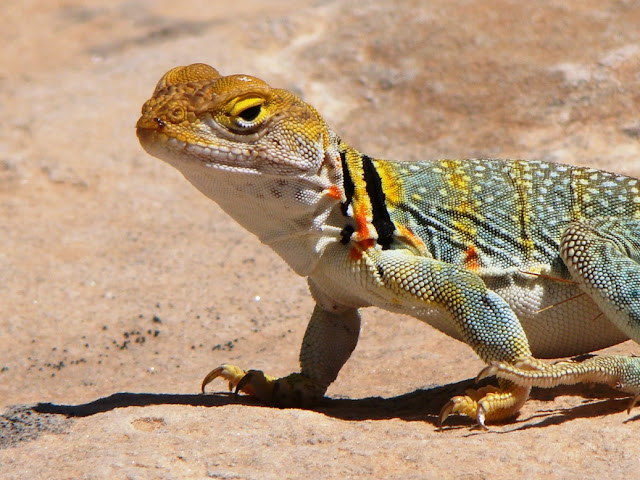 I was thinking and planning my next post on our recent trip to the Pacific Northwest, but was getting writer's block. I caught a post from the Ash Meadows National Wildlife Refuge that today was World Lizard Day. I don't know how such things are determined (there is also a Collect Rocks Day), but it was enough to make me look for the best picture I could remember taking of a lizard. It was a Collared Lizard (Crotaphytus collaris) that I saw during a field trip stop at Canyon of the Ancients National Monument in southwest Colorado.

Lizards evolved in late Permian or Triassic Time (~250 million years ago). They were part of the dinosaurian ecosystem, but they are not closely related to dinosaurs having split off from more primitive reptiles before the dinosaurs evolved. In a sense birds are closer relatives to the dinosaurs than lizards are, given that birds directly evolved from a group (the theropods) within the dinosaur clade. There are about 6,000 species of lizard in the world today, and they occupy habitats from tropical rainforests to the tundra. 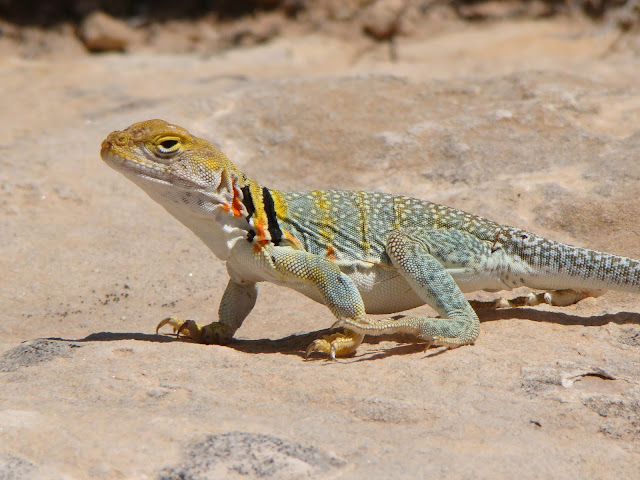