Since I Have to Miss the Penumbral Wolf Moon Eclipse... 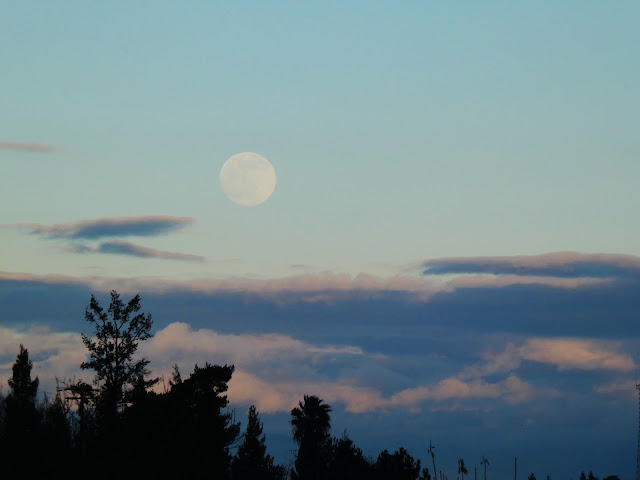 Nothing of great consequence in this post tonight, just a lovely moonrise. I was walking along the Tuolumne River watching the clearing skies from last night's storm (0.41", a bit more than expected). It had been very cloudy all day, but the sun finally started peeking out here and there. And then all of the sudden there was the nearly full moon. 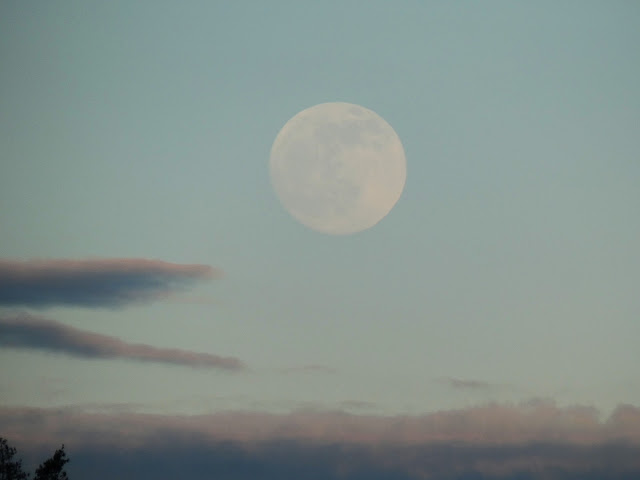 The actual full moon takes place tomorrow at 11:21 AM (PST), and it will be accompanied by a penumbral eclipse, meaning that the moon will pass just along the edge of the Earth's shadow, and will be slightly darkened, but will not go through any kind of total blackness. Unfortunately at the moment of the eclipse, the moon will only be visible from the other side of the world. So I'll have to miss it, but that's okay. 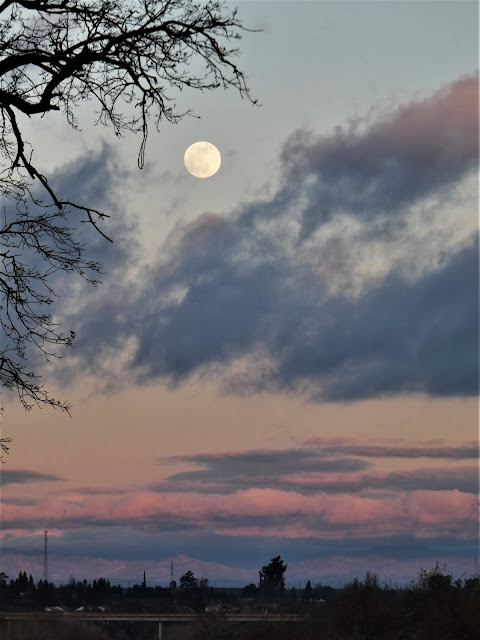 The full moon in January is most often known as the Wolf Moon, based on a cultural memory of wolves howling in the woods outside of settlements in cold winter environments. That's not a memory of most people these days, although I could personally tell stories of coyotes howling in the desert on cold nights in places like Death Valley National Park. 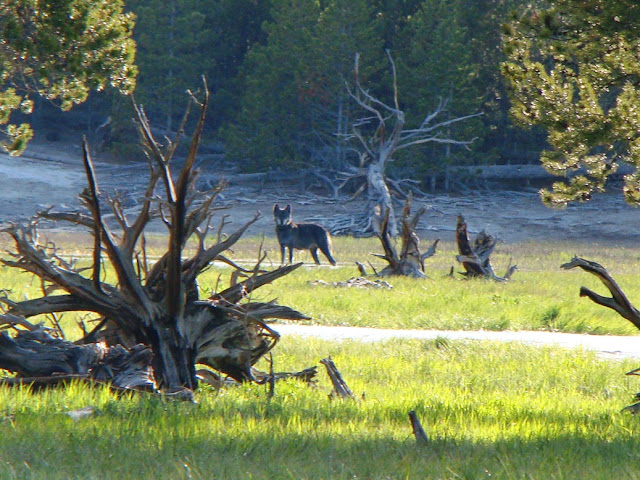 Have you ever seen an actual wolf in the wild? I've had that privilege just once, in Yellowstone National Park in 2011. To this day thank Ryan and Laura for their alertness! 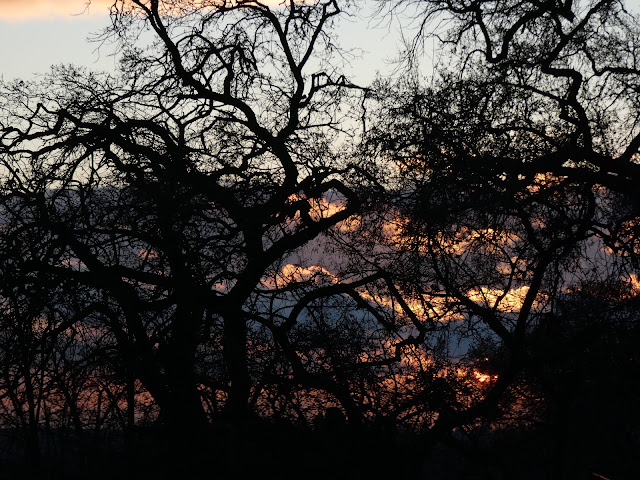 The view to the west wasn't so bad either. We've had a week of gorgeous sunsets.
Posted by Garry Hayes at 7:37 PM

What a gift to have seen that wolf!
Great photo.