Can You Name the Third Highest Cascade Volcano? 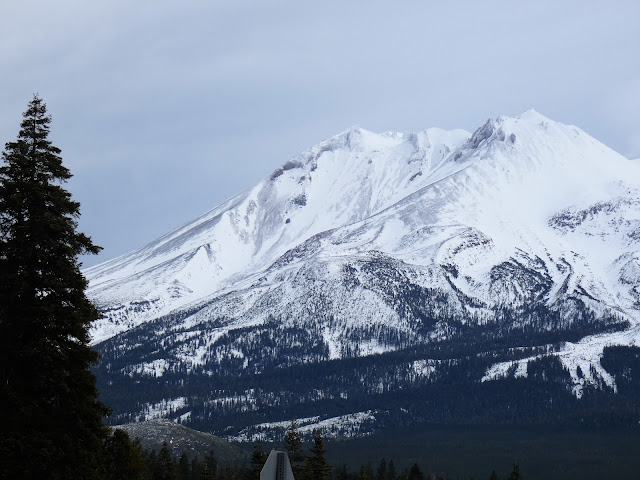 Can you name the second highest? How about the highest?

It's probably not a fair question for most of you. I've always had a mind for the elevations of mountains, having memorized them effortlessly throughout my life, ever since I learned of the existence of topographic maps. I've even been irritated at the advent of the GPS system because they recalibrated the official heights of many of the iconic mountains of my youth. It's confusing.

But anyway, about those Cascades...

The Cascade Range extends from the Lassen Volcanic Complex in Northern California to Mt. Garibaldi in the southern part of British Columbia. The chain of active volcanoes is the result of the subduction of the Pacific Ocean crust beneath the North American continent. Portions of the oceanic crust melt and rise towards the surface. Once in awhile one or the other volcanoes erupts as did Mt. St. Helens in 1980 and 2004, and Lassen Peak in 1914-17. Others are less active, but they are close enough to population centers to constitute a serious hazard. 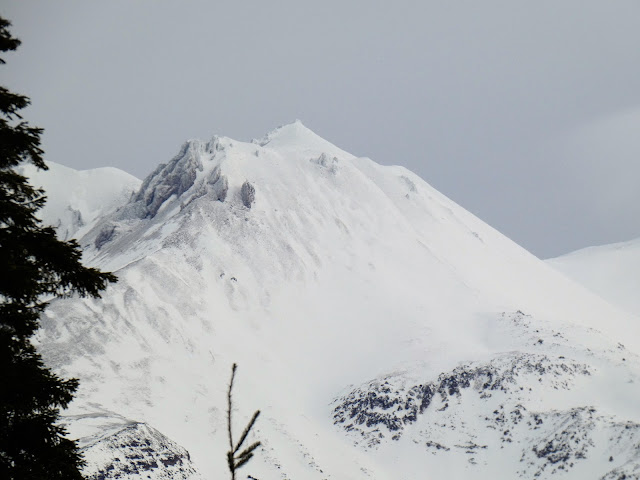 The highest volcano in the chain is Mt. Rainier in Washington at 14,411 feet (4,392 meters). It was actually much higher, perhaps 16,000 feet, but debris avalanches and glacial erosion have torn away the older summit. The mountain has more glacial ice than any other mountain in the lower 48 states, and an eruption combined with melting ice would present a huge threat to the urban areas in the southern Puget Sound.

Mt. Shasta (14,162 feet; 4,317 meters) is the second highest Cascades volcano, and the most voluminous stratovolcano in the chain (two basaltic shields, Medicine Lake Highlands and Newberry Crater have an even greater volume). It has erupted roughly every 600 years with the last eruption about 200 years ago.

Now this is where things get sticky. The third highest peak in the Cascade Range is normally taken as Mt. Adams in Washington at 12,280 feet (3,740 meters). But it all depends on how you define "mountain" or "volcano". Geographers often consider a hill to be a mountain if it has a prominence of 400 feet or so. By that measure, a subsidiary peak on the summit of Rainier, Liberty Cap (14,112 feet; 4301 meters) is the third highest peak in the Cascades, but it isn't a separate volcano. That honor goes to the volcano in all of these pictures that I took over the last two days while traveling home through Northern California. It's the peak that never gets enough respect. Even the name is diminutive: Shastina. 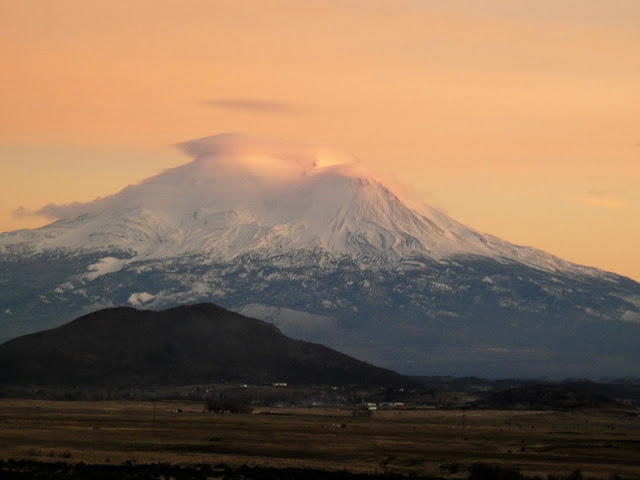 Clouds covered the main summit of Shasta this weekend, so Shastina stood out as a separate and unique peak as we drove south. On other trips, it doesn't dominate the skyline in quite the same way, but it is still a huge mountain. It's the flattened peak on the right side of Shasta in the picture below. In you mind's eye, you could erase the main summit and still see an awesome volcano. 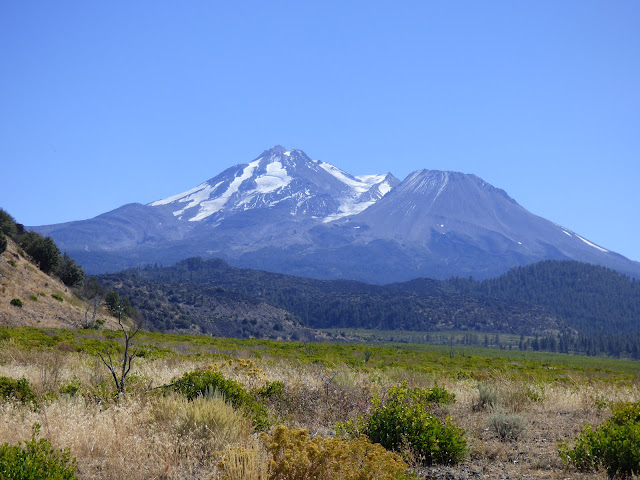