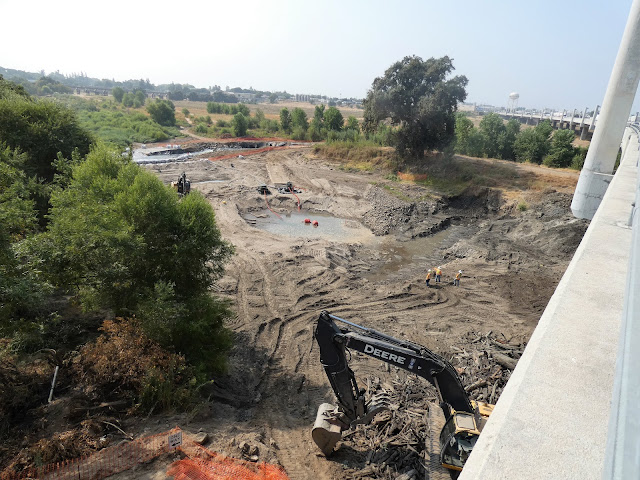 There's supposed to be a river here. Right there flowing under the bridge where I was standing. And not a little river, it's supposed to be the Tuolumne River, the big watercourse that drains most of Yosemite National Park and provides much of the water used in the Bay Area and in Central Valley irrigation. 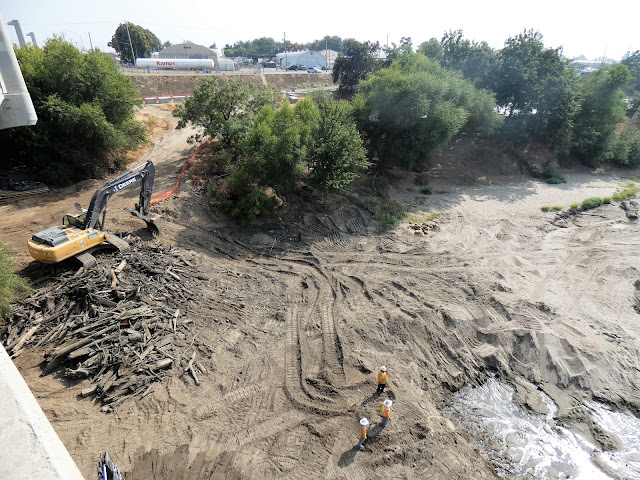 It's not really a mystery where the river is. If you've been following this blog, you'd know that a few weeks back I wrote about the removal of Dennett Dam, a dangerous eyesore that has bedeviled river planners for decades. The Tuolumne River Trust spearheaded the effort, raising more than a million dollars to accomplish this important task. And this week when I looked over the edge of the Ninth Street Bridge, the dam was pretty much gone. You can see the scene as it was on August 8 in the picture below... 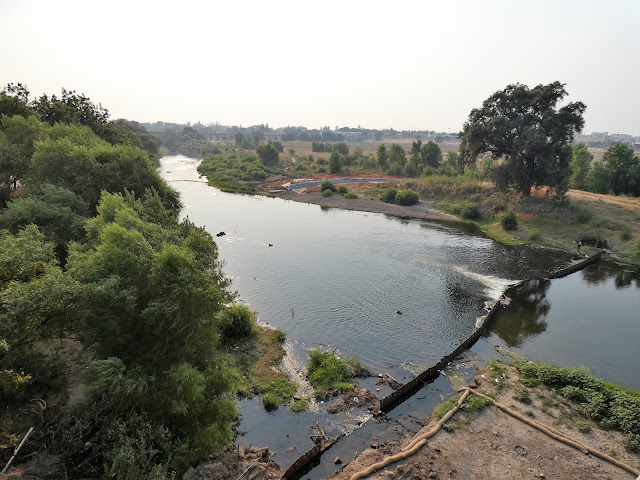 The construction company that is performing the removal work needed to divert the river for the duration of the project, so they constructed a temporary levee on the north side of the river. The river is at an extremely low level due of course to the season, and the locking up of water in Don Pedro Reservoir many miles upstream. 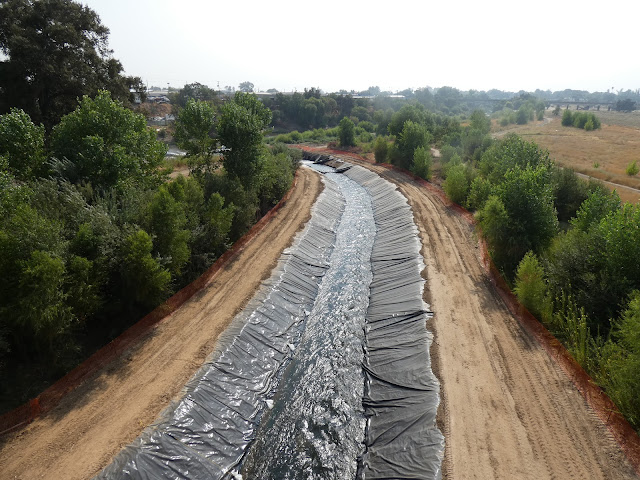 The picture below shows the water returning to the normal channel. 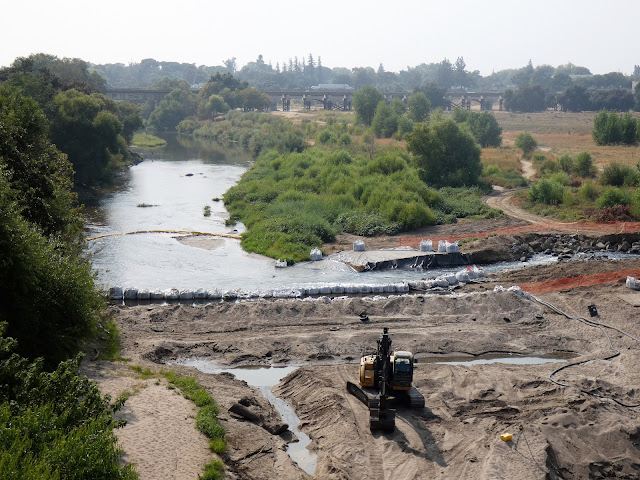 There is an interesting phenomena visible at the moment for those who have ever had trouble visualizing the idea of a groundwater table. The river flows over unconsolidated sediments, so much of the river water is actually underground. Damming and diverting the visible flow of the river does not block the movement of groundwater, so as the construction company digs away at the foundations of the dam, groundwater is constantly seeping through to the surface and ponding in the excavation. The company of course knew this would happen so they installed pumps and hoses on the site to put the water back in the river. 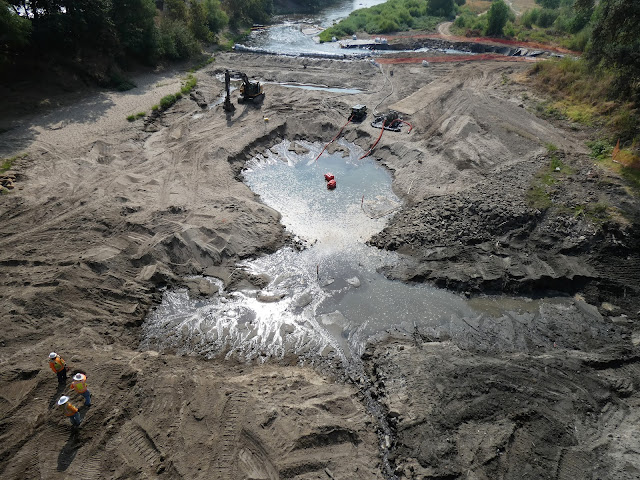 The flow of the groundwater was rather robust, as can be seen below. 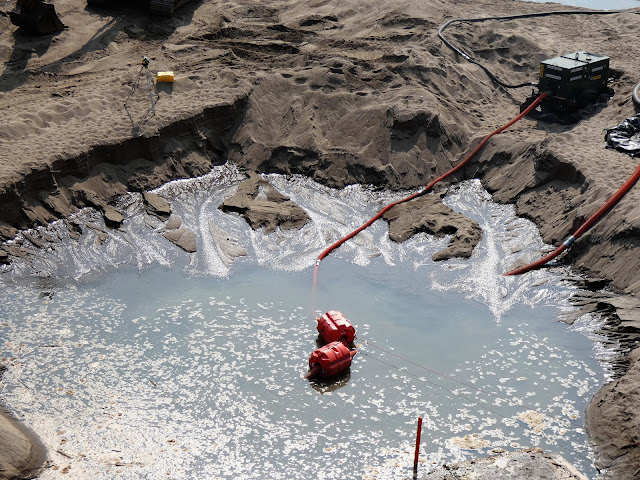 The dam removal should be complete in a few weeks (I'm sure I'll find time to do some kind of update), and the Tuolumne River will be changed, not just here, but for some thirty miles upstream. One of the most damaging aspects of the old dam (beside the fact that it killed a number of people) is that it constricted the flow of the river at a critical spot where young salmon were forced into a narrow channel where predators could pick them off easily. With the constriction gone, more salmon may survive, and that should lead to a cascade of positive environmental changes on the river.
Posted by Garry Hayes at 2:08 PM