Scenes from a Strawberry Solstice on the Tuolumne River 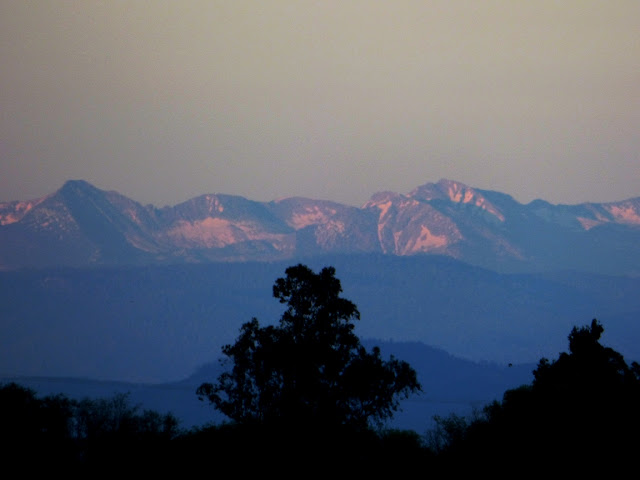 Tonight was a unique astronomical event, a Strawberry Moon on a summer solstice, the first since I was a child back in 1967. There's nothing significant in this other than human number-keeping, but it seemed as good an excuse as any to head out to our new river park on the Tuolumne and enjoy the sunset. It was an unusually clear evening, and we had a nice view of the Sierra Nevada crest about 40 miles to the east. 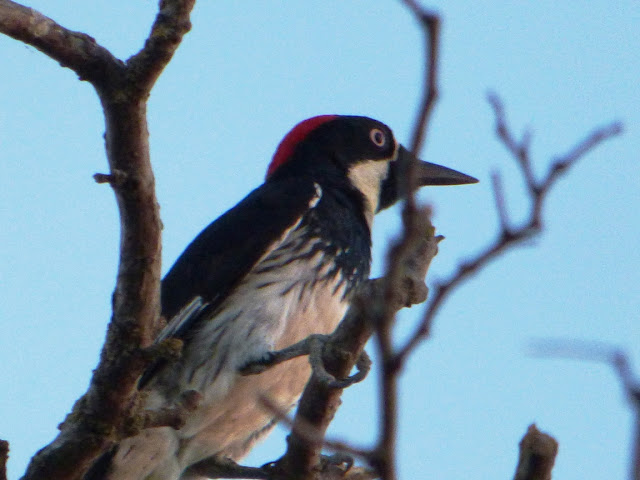 For two nights in a row at the park I've watched an Acorn Woodpecker stare at the sunset. I've seen that behavior before, and I find myself wondering if they have a sense of wonder (or maybe they are just watching for bugs). Every so often it would flutter into the sky and alight once more on the same branch, facing west. 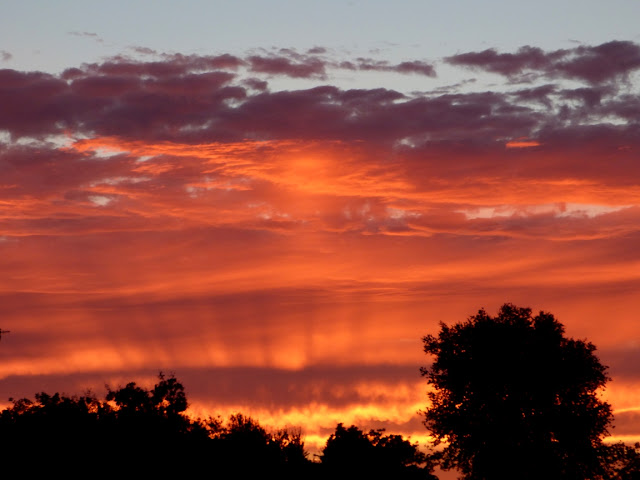 It was a truly beautiful sunset. The high pressure cell that has been causing the grueling temperatures across the southwest has been moving north, providing some spectacular cloud development, but portending hot temperatures tomorrow in our area (but nothing like the hellish temperatures farther to the south). 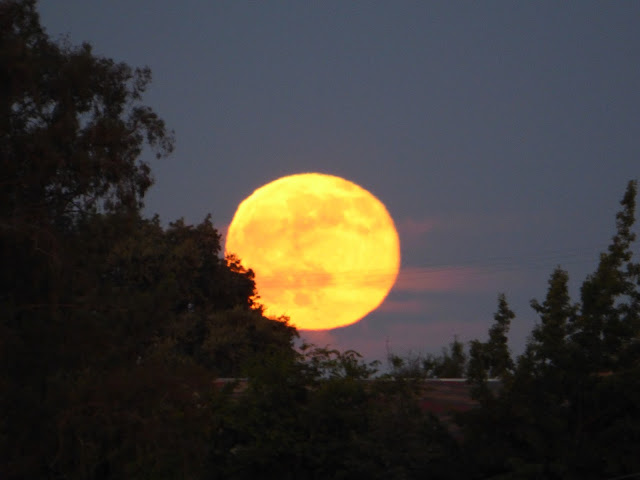 As the sun set, the full moon rose in the east. A Strawberry moon refers to the time of ripening fruit, not the color. I would have called it the tangerine moon if I were in charge of such things (but I'm not). Once the moon was a bit higher and above of the turbulent air near the horizon, I took another shot. Can you see the bat flying in front of the moon? 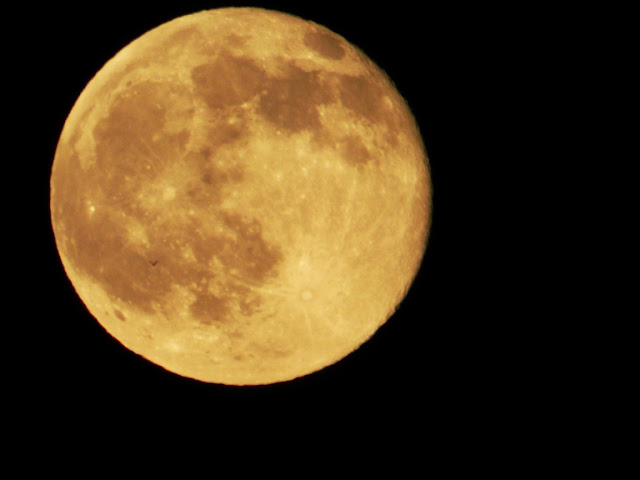 Have you ever thought about leading a trip down the Tuolumne River, from the headwaters to the valley, teaching the geology of the river?

The Tuolumne River Trust actually has run an event like this for several years (Paddle to the Sea)- not specifically focusing on the geology, but more broadly to issues affecting the river and the watershed today while also raising money for the Trust. This year we changed the event up a little - now called By Land & By River - but we did have Garry join us to talk about the geology of the river on our canoeing leg (featured in a previous blog entry). He is a wealth of knowledge!

You are a man who just has to look at your Sierra. Keep it up.