You CAN see it! Comet Neowise Now Visible After Sunset 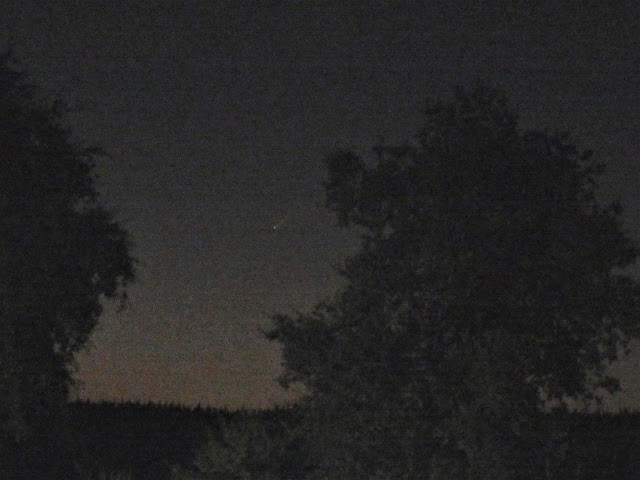 First, the disclaimer: The comet Neowise does NOT look like the glorious and incredibly beautiful pictures that have been posted on social media. Those pictures aren't fakes at all, but they ARE time exposures that bring out the details of the tail.

My long-term readers (thank you!) may have noticed that I've never had a post about comets. There's a reason for that. I haven't seen, much less photographed, a comet since the last century. There were two great comets in 1996 and 1997, Hayakutake and Hale-Bopp, and they were spectacular. I also saw Halley's Comet back in 1986, most memorably as we sat on the desert floor in Death Valley next to a broken-down bus waiting for rescue. But since then? Nada. 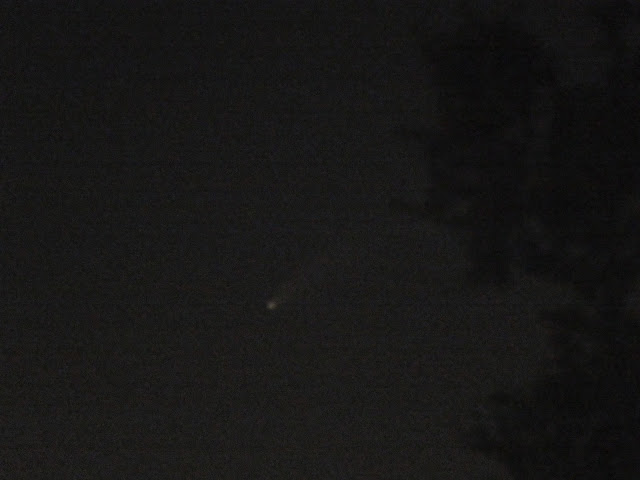 That changed last night, when I was able to spot Comet Neowise from my Tuolumne River Parkway trailhead around 9:30 PM. I had been too lazy to try and spy it in the early morning hours as many others have done in the last week or two, but it now is in the evening sky as well. It only took a few minutes scanning the sky with my binoculars to find it. My pictures are fuzzy and indistinct, but the comet is definitely in each one, just left of center. I had no tripod, and my camera seems not to have a time exposure setting anyway.

I'm not kidding. You need binoculars. If you are lucky enough to have a super-dark area with no air pollution, you might see what looks like a fuzzy star in the location noted below. But in binoculars, the tail was clearly visible. Give it a shot! It will be visible for a few more days, but it will fade soon. It is always a thrill to see something new and different in the sky!