Our Dinosaur is Here (More or Less). Stanislaus County's Secret is Soon to be Out!


We are anxiously awaiting one of the last fixtures in our Great Valley Museum's Outdoor Nature Lab...our dinosaur! I hear that it is sitting in Receiving awaiting its placement near the paleontology mock dig. It's a scaled down version of the original creature, but will still be 16 feet long and 8 feet high. The model is a Parasaurolophus, which is serving as a stand-in for California's actual state dinosaur, the Augustynolophus morrisi. It turns out that our state dinosaur is rare enough that suppliers don't seem to offer them yet. 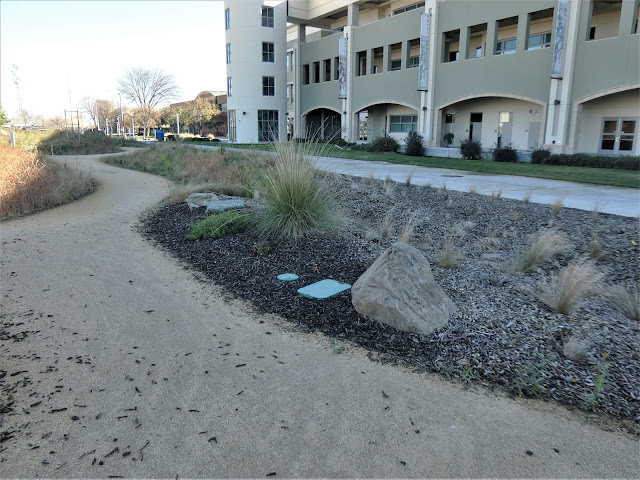 The Augustynolophus was a plant-eating dinosaur of the Hadrosaur family, the duck-billed dinosaurs. It has been found in Central California in the Late Cretaceous Moreno Formation, which is extensively exposed along the eastern margin of the Diablo Range, including Del Puerto Canyon in our county. The type specimens were found south of Stanislaus County, but fragmentary remains found in Del Puerto in 1936 are considered likely to be the same species. The 1936 discovery by teenager Allan Bennison was the first time dinosaur remains had ever been found in California. The Moreno Formation where the dinosaur remains were found was a marine environment, so the find could be considered unusual (dinosaurs were terrestrial creatures). What likely happened is that the animal was overwhelmed by a river flood off to the east where the Sierra Nevada is today, and the carcass floated out to sea where it finally sank to the bottom and was buried. Bennison found the bones, recognized their significance and reported them to his teacher in Gustine. The teacher notified paleontologists at U.C. Berkeley, and they eventually excavated 500 bone fragments, including 29 tail vertebrae and parts of the hind feet. The remains apparently reside in the University of California Museum of Paleontology (and wouldn't I love to get pictures one day!).

The discovery site is on private land that is not accessible, but it can be viewed from the road in Del Puerto Canyon. It is perhaps very relevant to mention that plans are afoot to inundate the lower part of Del Puerto Canyon with a largely useless and possible dangerous reservoir, and the presence of this dam will make it more or less impossible to even see the location. It's a shame that one of the most important paleontology sites in California doesn't even merit a mention in the draft environmental impact report for Del Puerto dam.

There is time to have some impact on whether this dam is ever built. If you would like to be involved, please check out this Facebook site: https://www.facebook.com/groups/463664377903706/?multi_permalinks=478825349720942&notif_id=1579883197857937&notif_t=group_activity. There are some important meetings of regulatory committees coming up, and the public comments period on the draft EIR ends on January 27.