Nature, Red in Tooth and Claw, and the Defense Tonight on the Tuolumne River 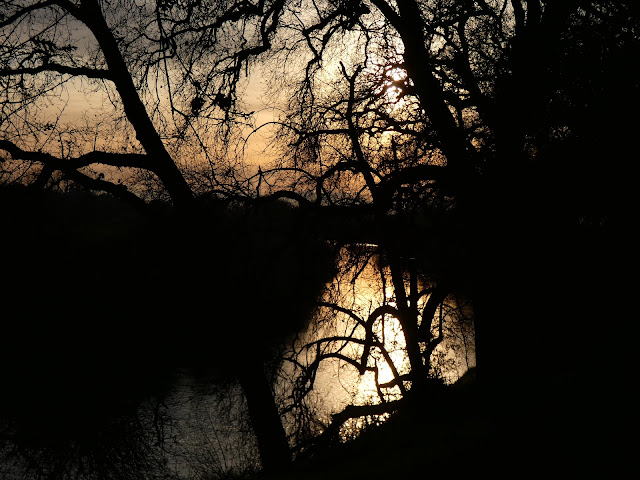 Nature is wondrous, serene, and spiritually uplifting. And then all of the sudden the "circle of life" thing happens, and we are reminded that nature is also "red in tooth and claw". I've seen some dead animals along the trail of late, some natural, some murdered by humans. It's a jarring reminder that life is hard and often scary, especially for those who occupy the lower parts of the food chain. But sometimes the little ones do okay. Evolution is a competition. When predators evolve new ways of capturing and killing prey, the species who survive are the ones who have evolved new defenses. 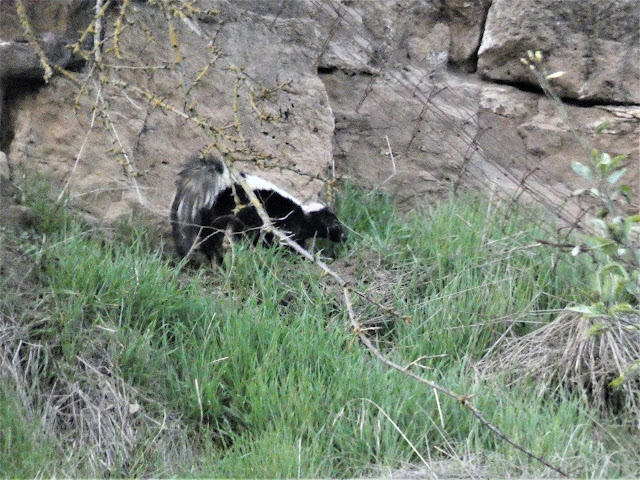 And what a defense this little one has! I was wandering as I often do along the Tuolumne River, taking in the beautiful sunset, and feeling peaceful. But the olfactory peace did not last. The last quarter mile of my walk was accompanied by a distinctly terrible odor, the unmistakable scent of a Striped Skunk (Mephitis mephitis). The odor was somewhat diffuse, so it wasn't entirely awful, but I didn't actually expect to run across the individual responsible for the affront. 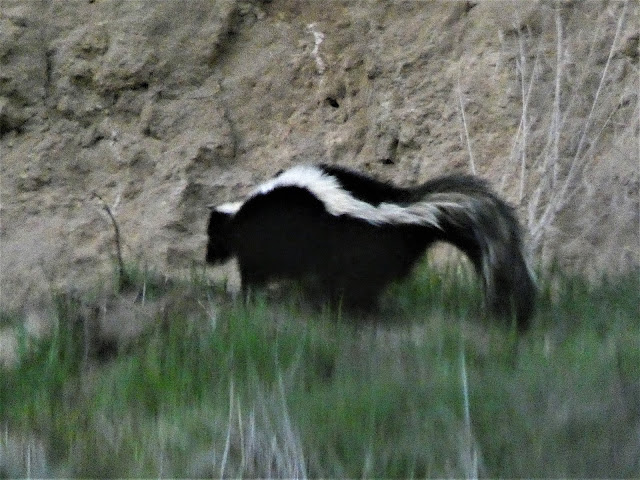 I saw movement up on the cliff, and realized that the creature was not one of the many feral cats that live along the trail. The skunk was moving along the rim of the canyon where the creature probably accesses a lot of pet food from the yards beyond. I warned my friends on the bluff about their potential problem, and appreciated the first chance to photograph (however poorly) an interesting (and smelly) new species on my daily trail. 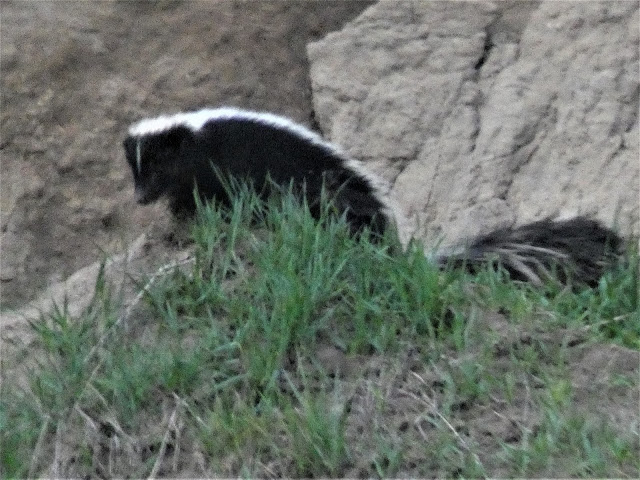