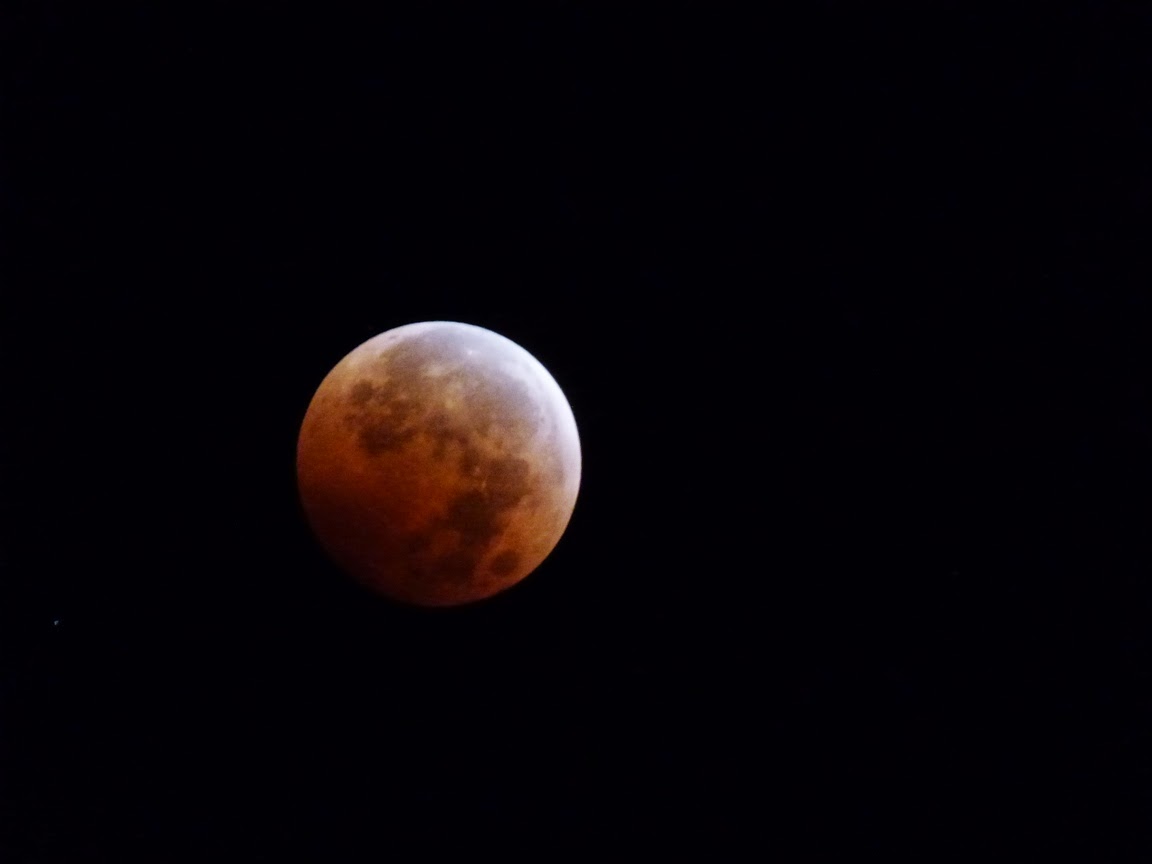 Somehow I woke up, managed to remember that a lunar eclipse was happening, and staggered outside to snap a large number of badly focused pictures, and caught just a few of this morning's lunar eclipse. 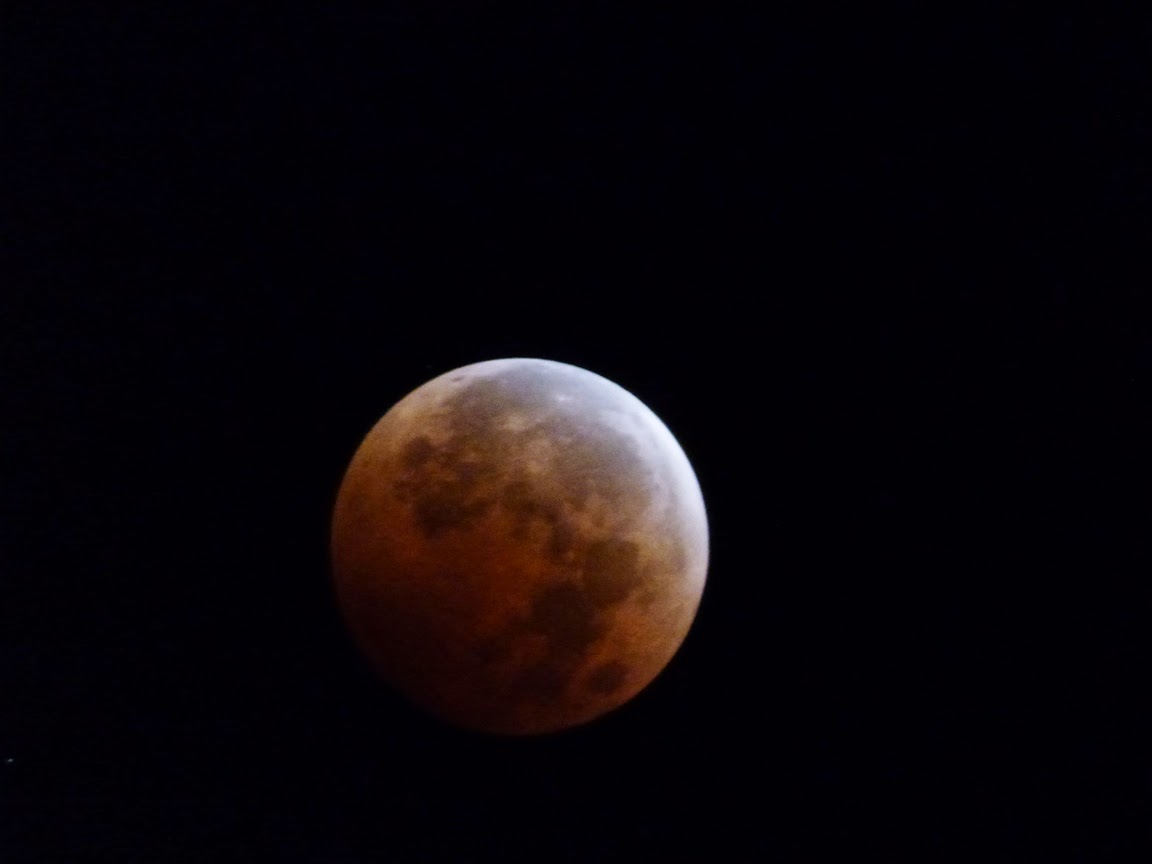 This eclipse is described as a "Blood Moon" because a bit of the red from sunrises around the Earth are refracting onto the Moon's surface. This particular lunar eclipse is unusual in that it may possibly be seen by observers in the eastern United States at the same moment that the sun is rising. This should be impossible because the two orbs are 180 degrees apart, but the bending of light at the horizon will allow the phenomenon. This rare event is called a 'selenelion'. 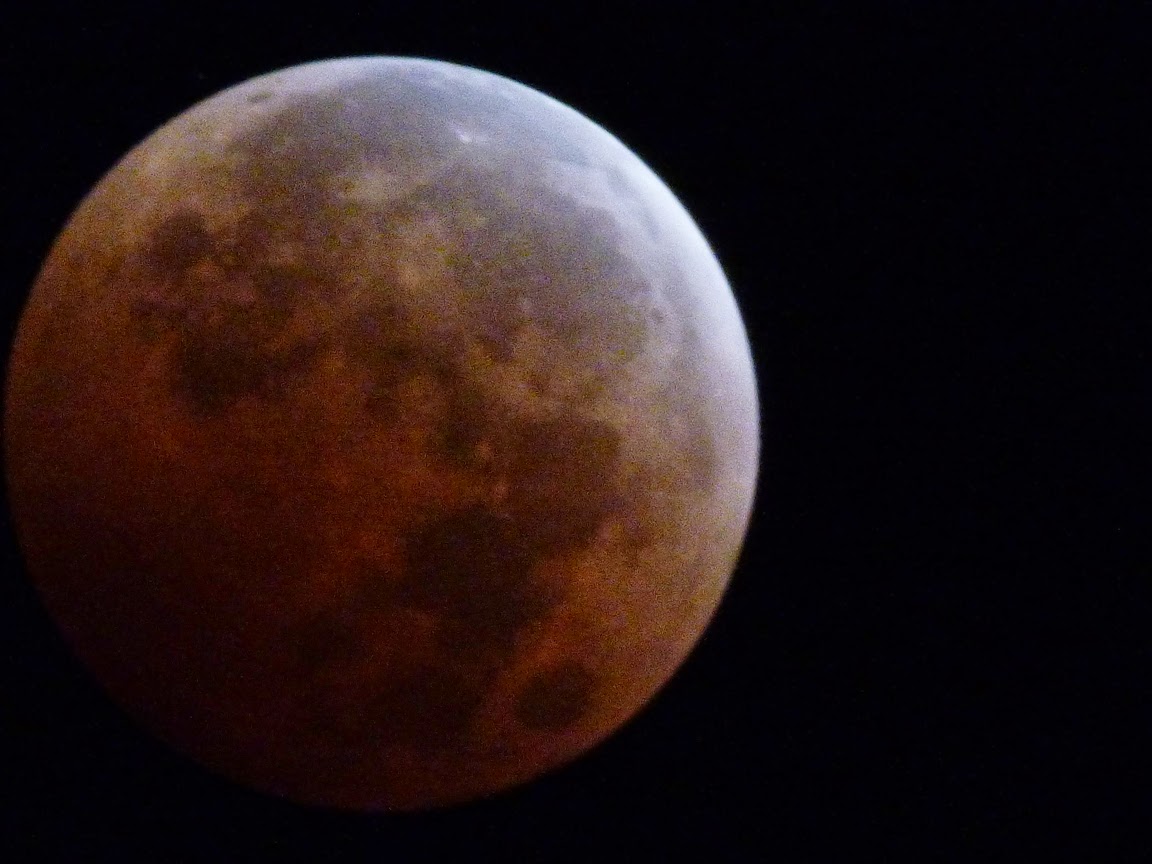 It was a challenging shot, trying to get the moon in focus in the dim light. At the end of the eclipse, focusing was a bit easier... 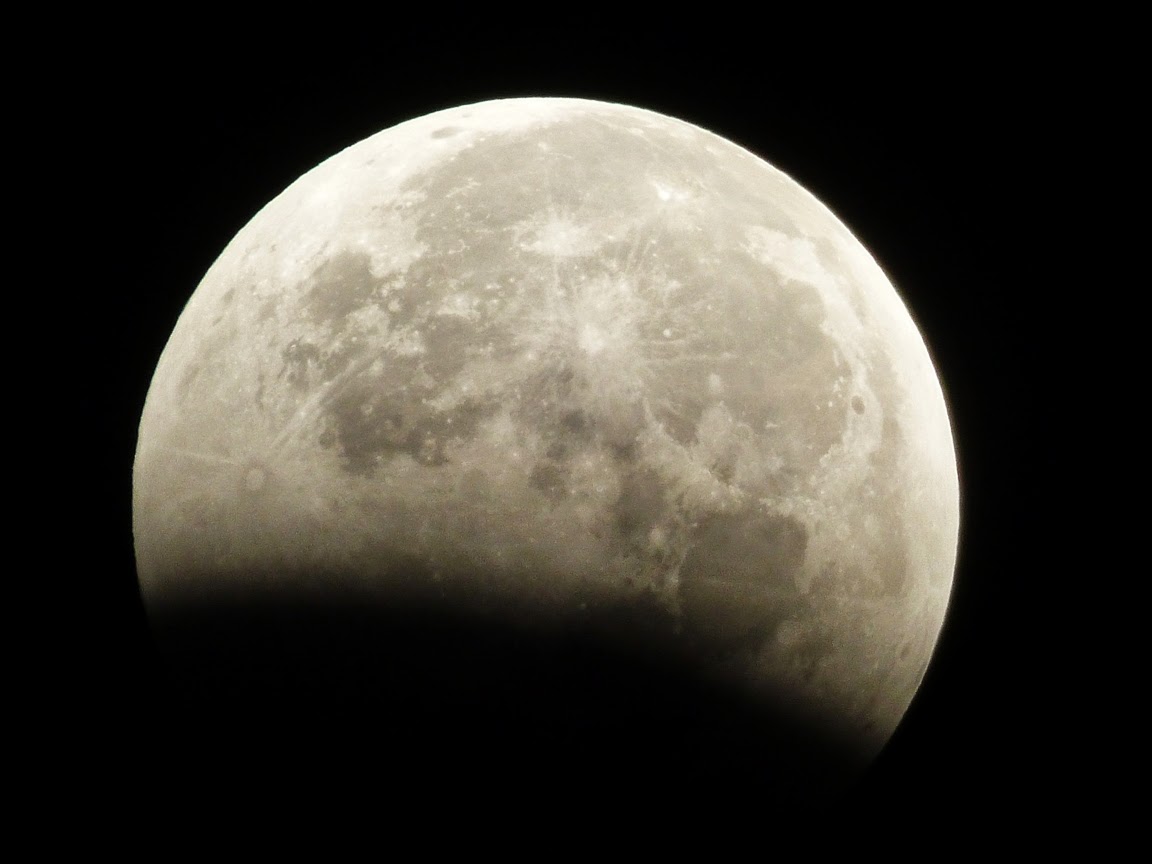 At least you had clear skies. I never saw a thing through my sleepy eyes.