Otters and Others, Plus "What's That Whale?" 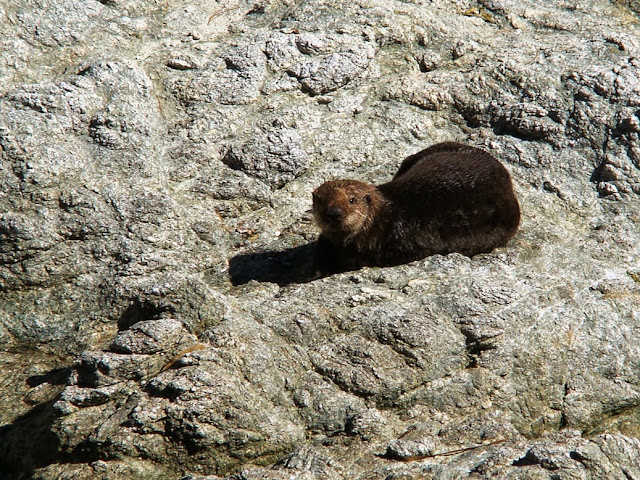 We were off studying the geology of the California coastline between Big Sur and Bodega Bay this weekend, but just like always, furry and feathery things provided distractions. I thought I'd get these pictures up first so I can go back to the geology discoveries we made later.

Seeing an otter on land was a first for me. I knew they were perfectly capable of being out of the water, but I'm not on the coast all that much. The one above was on the granitic rocks of the Salinian Block at Point Lobos State Reserve, in one of the coves near Bird Island.

The Southern Sea Otters were hunted nearly to extinction in the 1800s, and were thought to be entirely gone until a colony of fifty or so were discovered near Bixby Bridge in Big Sur in 1938. There are nearly 3,000 of them today along the central California coast. 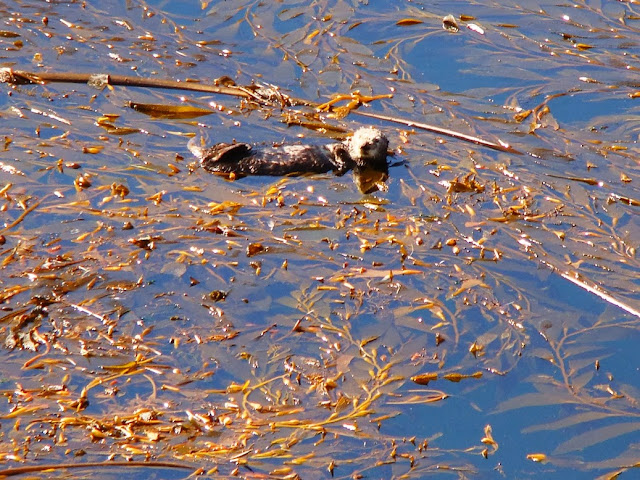 The second otter was doing normal otter things in the water. They may be deadly serious at whatever they are doing, but watching them spin and wrap themselves in seaweed sure looks like play to me. The otters help to keep the kelp healthy by preying on the sea urchins that tend to destroy it. Of course they also eat other foods more valuable to fishermen, so there is some tension caused by their population growth.

The pelican is another animal that is deadly serious at whatever it is doing and yet can't help but look clownish in some way. They are so ungainly looking, right up until they starting flying and soaring over the water. Then they are one of the most graceful creatures in existence. These pelicans were on Bird Island at Point Lobos. 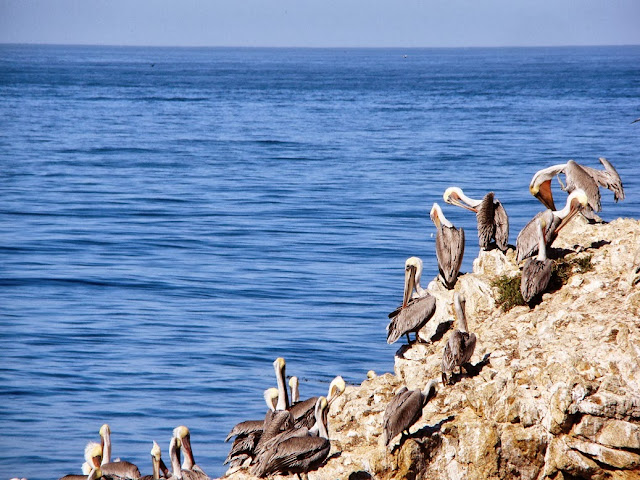 We thought we were too early to see the migration of the Gray Whales, so we were surprised to see spouting off in the distance, and hit the brakes just south of Carmel and Point Lobos to see who was out there. I don't think they were Gray Whales, but what were they? I don't know if these pictures provide enough clues for you veteran whale watchers, but if you can identify the three whales that were traveling close to each other, let me know! 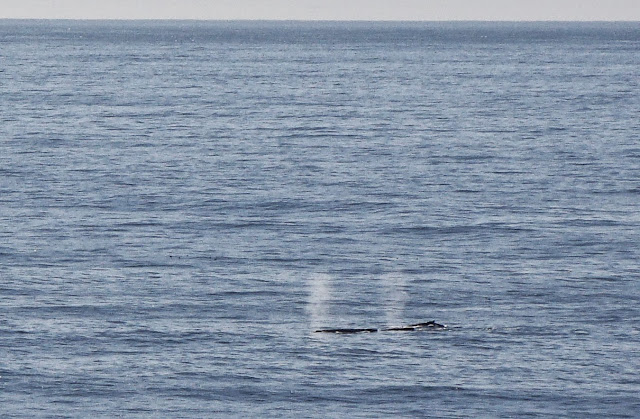 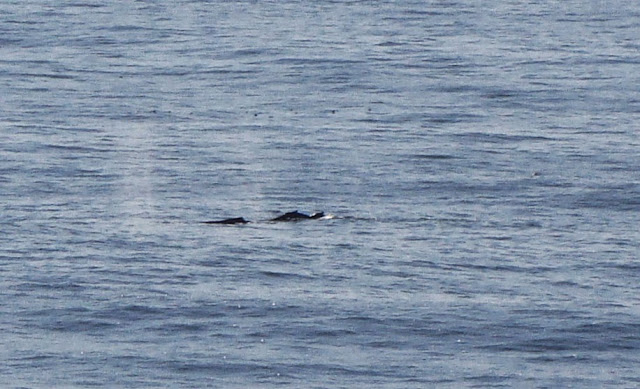 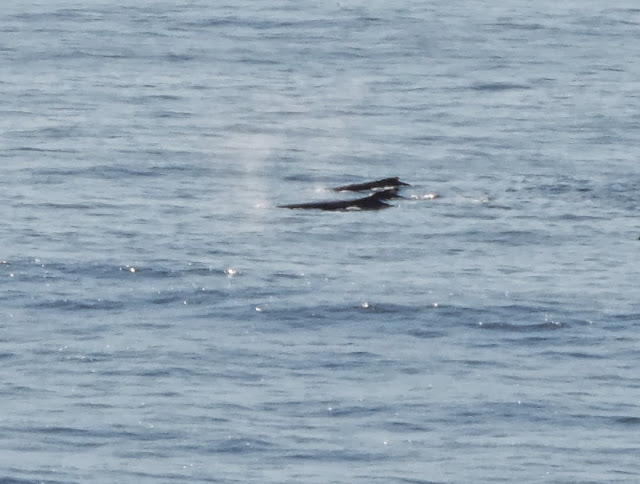 They are probably humpback whales.