A Tale of Two Arches, But Not in Arches 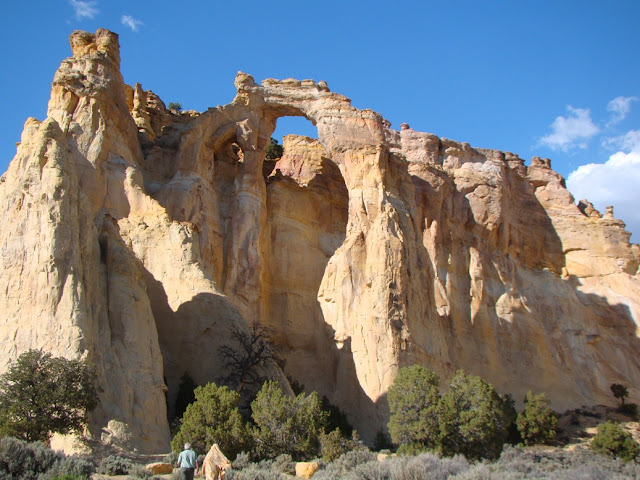 Travelers in the southwest might get the idea that arches can only be seen in Arches National Park in Utah. It's true that Arches National Park has the largest concentration of arches in the world, and the world's longest arch is found there, but arches have formed all over the Colorado Plateau. I saw two notable examples last week, and they can be seen in today's post. 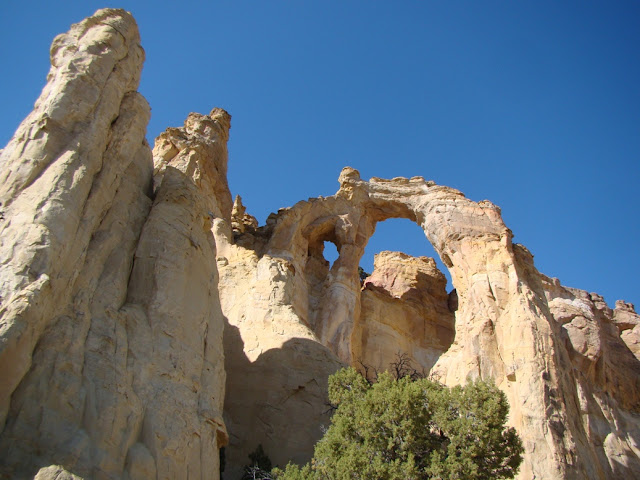 Grand Staircase-Escalante National Monument has a rather spectacular version of one in Grosvenor Arch, about eight miles east of Kodachrome Basin State Park. The cliff is composed of Henrieville Sandstone (Jurassic in age), with a capstone of Dakota Sandstone from the Cretaceous Period. 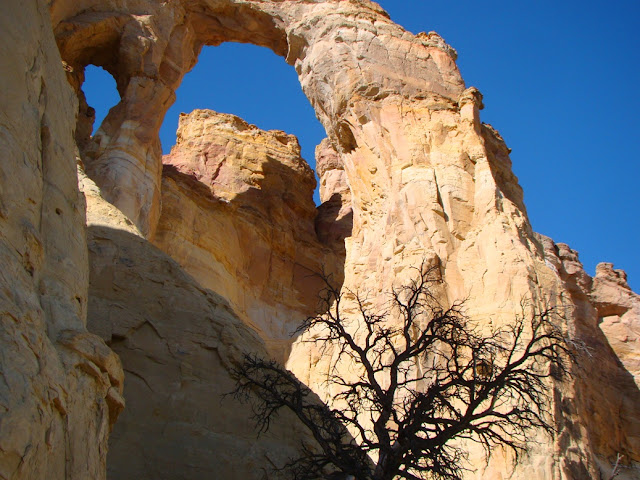 It used to be called Butler Arch, but an expedition from the National Geographic came through the area in 1949, and they pulled strings to rename it after their boss. The biggest of the two arches is about 152 feet high, and 100 feet wide.

We heard an ungodly screeching all around us while at the arch, and it didn't take long to find the noisemaker: a bunch of cicadas. They look like horrifying beasts of Hades, but are essentially harmless. 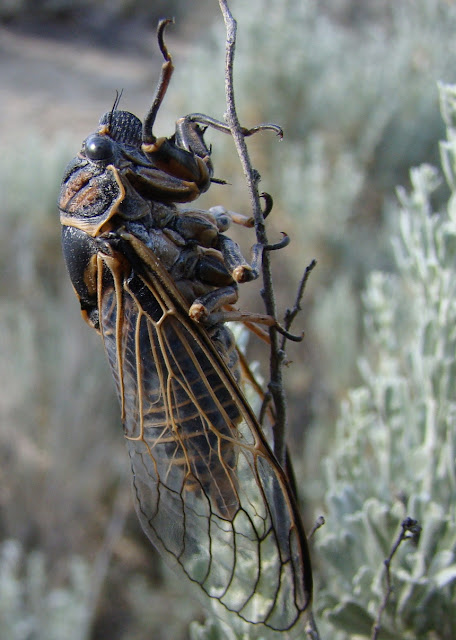 Driving west from Grosvenor, we passed a nice viewpoint of Wiggler Wash, where the creek cuts through a fold, exposing the Entrada Sandstone and Henrieville Sandstone. The pink cliffs of the Aquarius Plateau can be seen in the far distance. 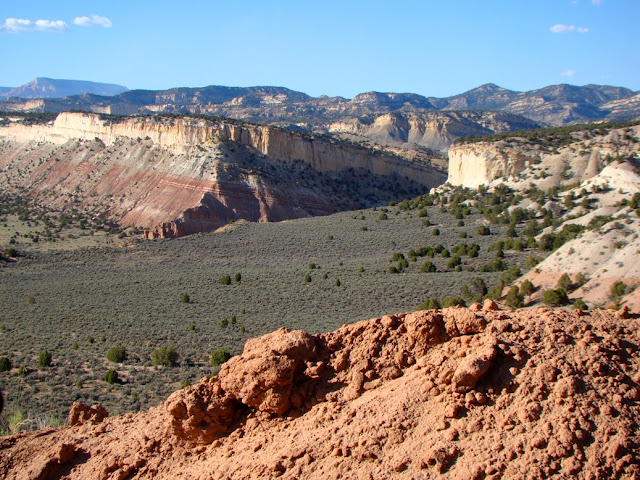 This was a tale of two arches, but I actually didn't mean the double arch of Grosvenor. The next morning we were at Bryce Canyon National Park, another place where arches form readily. One of them can be seen from a pullout in the southern part of the park. It's called Natural Bridge, but as the signs and irritated geologists will tell you, bridges span creeks, while arches form by other means. But it's pretty neat in any case. 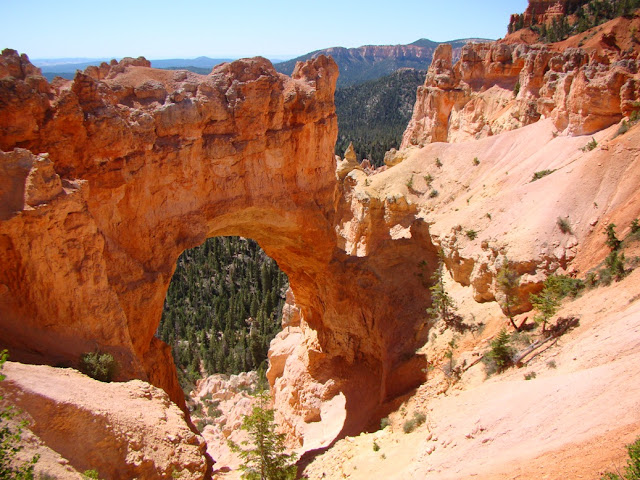 My posting will be very spotty over the next two weeks. I had so much fun on my one week exploration of Grand Canyon, Bryce and Zion that I am headed back out there again, this time with two dozen students. We're making a huge loop through the plateau country, with no wi-fi motels, and rare access of any kind. I might actually have to breath the air, hike around for entertainment, and gaze at stars at night. I'll try to maintain a positive attitude!
Posted by Garry Hayes at 12:14 AM

You'll get WIFI at the North Rim campstore. See ya' next week.

There's always a good signal in Bryce with AT&T! ;)