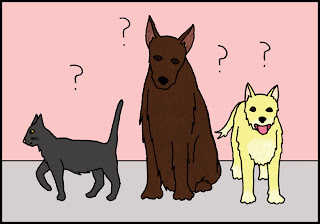 It's question 6 of 7 on the topic of what everyone "knows" about earthquakes, those things that are "known", but which are not necessarily so. It was the subject of a public lecture that I gave last week. The question of the day is:

The audience was pretty firmly on the side of "true". My answer to this one?

The problem is perceived cause and effect. Many people who experience strong earthquakes recall strange behaviour by their animals, and link that behaviour to the quake. The problem is that animals may behave strangely in many circumstances that are not followed by a strong earthquake, but the behaviour is not noticed or remarked.
The other problem is how to quantify strange acts by animals. What specific animal behaviour constitutes a prediction of an earthquake? At what point do authorities declare that animals have predicted a quake?

There are many anecdotal stories about unusual activity by animals going back hundreds of years, so I for one cannot completely dismiss the idea out of hand. Animals sense the world differently than humans, and there could in fact be some sort of electromagnetic or vibrational effect that researchers have not yet detected.

A reasonable response on earthquakes and animal behaviour by the U.S. Geological Survey can be read here, and a good article by the National Geographic can be found here. Geologists around the world have been following a story coming out of Italy regarding the failure of seismologists for failing to predict or warn the local populace before a deadly earthquake in Italy that killed several hundred people in 2009. It's one thing to say geologists can't predict earthquakes, and quite another to say they didn't predict it enough in the aftermath. Seismologists walk a fine line.

Speaking of kitties and strange behaviour, if you see these eyes, run for your life. Aliens have taken over your cat's soul.... 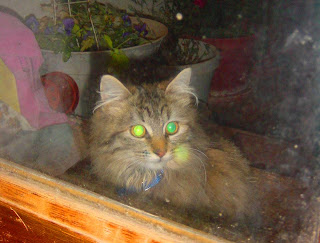